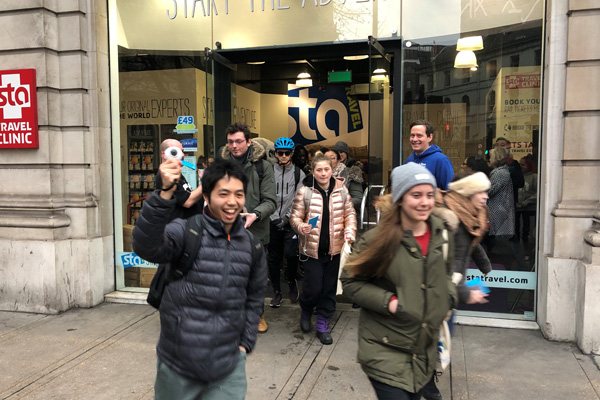 A cyclist beat off competition from nearly 50 rivals using different modes of transport to win STA Travel’s “Challenge Yourself” relay around London.

The aim of the relay was to cross the line first after collecting stamps in a passport-style document from seven STA Travel stores across the capital.

Nick Churcher completed the race on Friday in just over three hours in freezing temperatures using his bike and public transport for one part of his route.

Around 300 people registered an interest in the race online but the snow and bitter cold caused by Storm Emma put off many.

Churcher won return flights to Queensland, Australia, courtesy of Tourism and Events in Queensland and exclusive behind-the-scenes access to Team England at the Commonwealth Games 2018 in Australia.

Churcher said: “It is going to be a lot warmer in Queensland than here and this is a brilliant opportunity to combine my love of travel and sports.”