Two brothers who spent 53 days rowing the Atlantic to raise £100,000 for the British Skin Foundation are sailing home on P&O Cruises flagship Britannia.

Jude is now the youngest person to have rowed any ocean in a team of two.

They are also believed to be the first people to complete the crossing on a vegan diet.

They set off on January 18 from Gran Canaria heading for Barbados aiming to raise funds for skin cancer research in memory of their father, Peter Massey, who suffered with skin cancer before his death in 2015.

They arrived on the Caribbean island on March 11 and boarded the cruise ship on Saturday for a two-week journey home.

Britannia’s captain, Paul Brown, organised for the duo’s 7.3 metre boat to be craned onto the ship and welcomed them both on board Britannia, which is due to arrive into Southampton on March 30.

Jude and Greg will carry out various fund raising events as well as Q&A sessions with passengers.

P&O Cruises senior vice president Paul Ludlow said: “It is an honour for Captain Brown and the team on Britannia to bring home these heroic, record-breaking brothers.

“I hope they will take full advantage of all that Britannia has to offer so that they are well and rested for their homecoming.” 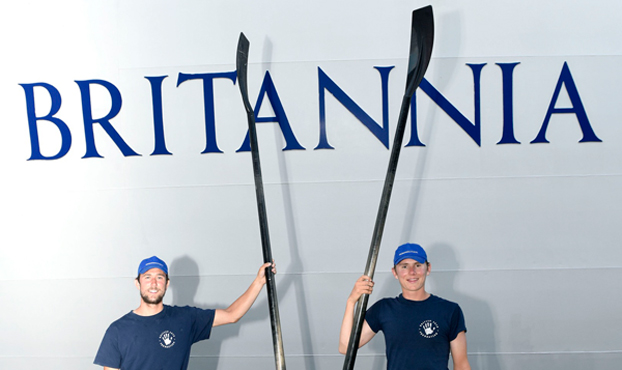