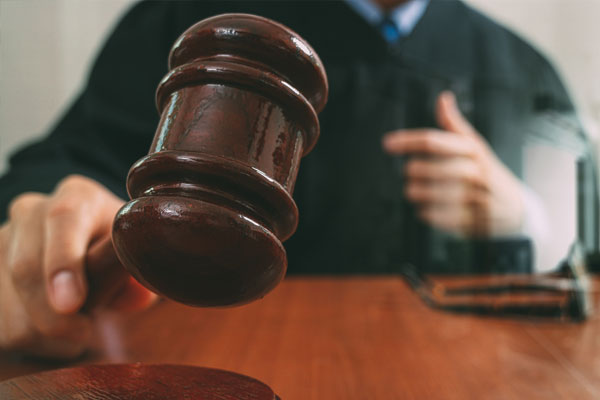 A couple who made a false holiday illness claim used medical evidence produced by a relative in the firm of solicitors that represented them, a court heard.

The doctor who backed their case is married to a partner at the legal firm representing them.

The doctor has been married for 19 years to Sehana Bux, a partner at AMS Solicitors in Preston.

Tui, the operator involved in the case, said the disclosure raised “obvious ethical and legal questions” and it has raised the issue with the general Medical Council and Solicitors Regulation Authority.

Chelsea Devine and Jamie Melling from Liverpool claimed they fell ill when on a Thomson all-inclusive holiday in Benidorm in summer 2015.

But a judge found them ‘fundamentally dishonest’ and ordered them to pay Tui £15,000 – a record amount for costs awarded against a fraudulent claim of holiday sickness.

They did not lodge a complaint or report of any illness either when they were away or when they returned. The letter of claim was sent in May 2016.

Liverpool County Court heard how the pair were caught out after posting photos of their holiday at the Levante Beach Apartments on Facebook.

“I find that they have not proved that they were ill. I cannot accept that they would upload photographs of themselves as a happy couple if the holiday was as they claim.

Tui UK and Ireland said: “It’s really disappointing that we have had to go this far in order to defend our industry and hotel partners as well as protect honest holidaymakers.

“The court has found that Chelsea Devine and Jamie Melling have brought claims that are fundamentally dishonest and have been ordered to pay our costs.

“This goes to highlight the penalty you can face if you bring an exaggerated or fraudulent holiday sickness claim. We hope this sends a clear message to anyone else considering this route. We will simply not pay compensation claims of this nature and we will bring all similar cases to a court hearing.

“We believe the fact that medical evidence is being produced by the husband of a partner of AMS, the firm of solicitors representing Ms Devine and Mr Melling, raises serious and obvious ethical and legal questions.

“This is probably just the tip of the iceberg and there’s little doubt that there will be many more cases where he has done this.

“We’ve made the General Medical Council and the Solicitors Regulation Authority aware of this and also highlighted our concern to the court.”