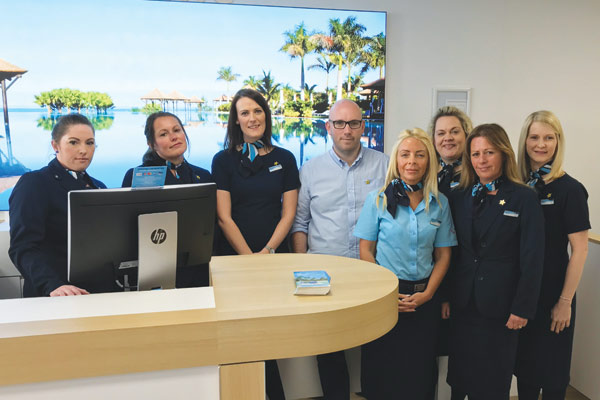 Staff at Tui’s Southport branch where agent Cassie Hayes was killed in January have thanked the public and travel industry for their support.

The Merseyside store reopened last week after a refurbishment. It had been shut since January 13 when the 28-year-old assistant manager was attacked in front of customers. She later died in hospital.

The staff issued a joint statement: “We’re incredibly thankful for the support we’ve received from everyone – our customers, family and friends, colleagues, the entire industry – to help get us to this point.

“We’d also like to say a special thank you to Tui who supported our decision to reopen the store and made sure we were really involved in its redesign.

“It felt like the right thing to do in Cassie’s memory and it feels like she’s still a part of our store.”

The team is pictured in the revamped store.