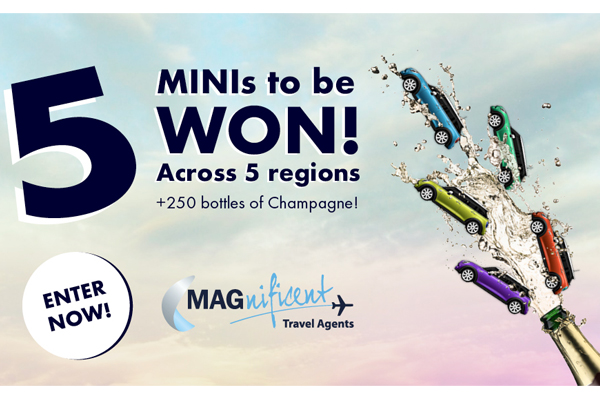 The five latest agents to win a bottle of champagne through Manchester Airport’s MAGnificent trade incentive have been revealed.

The competition, which runs every week until November 16 2018, means one agent from each of five areas the airport has designated wins a bottle of bubbly.

The five areas are: Scotland, Northern Ireland, Wales and north and south of Birmingham.

Week 18’s winners are: Ginette Steele, of Midcounties Co Operative in Dinnington, for the north of Birmingham,
Lisa Adams a homeworker for Co-Op Travel, for the south of Birmingham, Shelley Cully of Selective Travel, Belfast, for Northern Ireland, Lorna Thomson of Travel2 in Glasgow, for Scotland and Neil Henderson of Cruise Nation, Swansea, for Wales.

At the end of the year, one agent who has made a booking from the airport will be randomly drawn out of the hat to win the keys to a Mini.