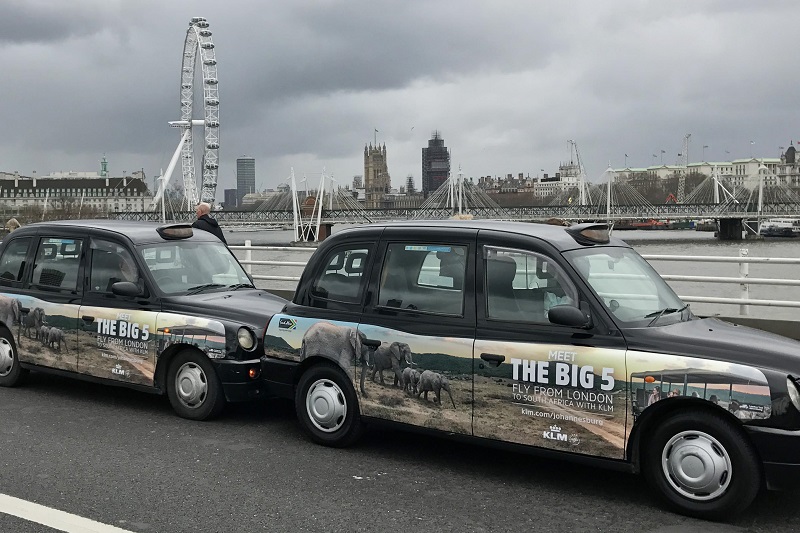 South African Tourism has launched a new advertising campaign in four major UK cities which it hopes will help agents sell more holidays to the country.

One hundred taxis in London, Manchester, Newcastle and Birmingham have been emblazoned imagery of the ‘big five’ safari animals visitors can find in South Africa.

The UK market is the biggest source of international arrivals into South Africa, which is aiming to attract five million more tourists to the country in the next five years.

Tolene Van der Merwe, hub head UK & Ireland for South African Tourism, said: “While South Africa has an incredible array of experiences to offer holidaymakers, our market research shows that Brits are increasingly inspired to travel to South Africa to go on safari.

“We hope that by putting our wildlife stars at the heart of our latest out of home campaign, we will encourage UK travellers to put South Africa on their wishlists for 2018 and help travel agents sell even more holidays to South Africa.”