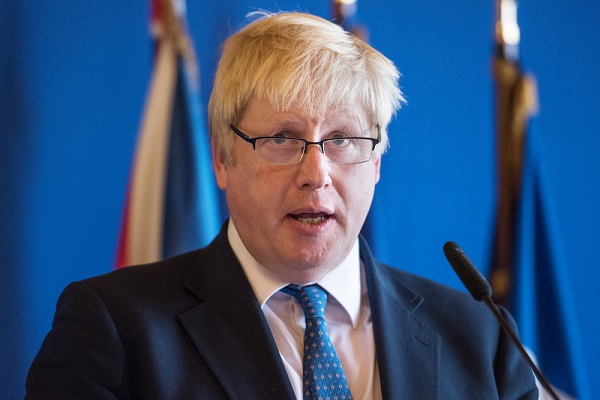 Hurricanes Irma and Maria ripped through the region at speeds of up to 185mph, affecting an estimated 1.2 million people.

The tourism industry has led the message from the Caribbean that it is open for business. An ongoing campaign by the Caribbean Tourism Association is raising money to help rebuild structures hit by the tropical storms, and has raised in excess of $20,000.

And the Hurricane Relief T20 Challenge game at Lords, which the foreign secretary was speaking ahead of on Wednesday night, hopes to add to that by raising funds for cricket venues affected by the hurricanes.

Cricket greats such as Sir Viv Richards, Joel Garner, David Gower and Brian Lara were in attendance on the night.

But it was not without controversy from Mr Johnson, who started by saying he had played “lots of cricket in my time”.

“I have been myself to the Caribbean, to the BVIs [British Virgin Islands], to Anguilla, and I’ve seen the almost nuclear devastation wrought by Hurricane Irma,” said Johnson.

“Now is the time for us to think about what happened last year, think about the kids growing up on those islands and if we invest now in cricket in the Caribbean we will nurture the giants of the future to take the place of some of the old class. So invest in those cricket pitches, create a level playing field and get on board with this great cause.”

He said he was going to be “less diplomatic” than the night’s previous speakers, as he began a speech promoting the opportunities for trade between the UK and Caribbean post-Brexit. 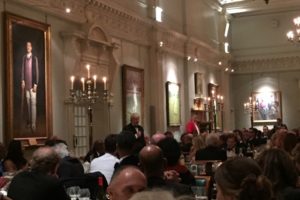 But he also noted the downfall of the team, which now sits 9th in the test rankings, which he put down to the ‘Americanisation’ of sport in the region.

“When you look at what happened to the greatest cricket team we’d ever seen, it was all about Americanisation and the creation of superior attractions of baseball and basketball all those other things, like going round shooting people,” he added, with the final part of the comment met by shock from the audience following recent issues over gun violence in Jamaica.

After reminiscing on the great ‘Windies’ team of the 70s, which won two Cricket World Cups, Johnson went on to mention their decline, which he linked to the redeployment of UK attention on Europe rather than the Commonwealth in the 90s.

“There was something else at work [when the West Indies fell down the cricket world rankings],” he said. “That period were there was a spurious eclipse of the West Indian team as a great cricket force also coincided with a slight disengagement by the UK Foreign Office.

He said government departments were so intent on focusing on the European Union that “the flag actually came down” in the Caribbean, with the closure of British High Commissions on some islands and a rise in trade elsewhere – like importing bananas from Costa Rica.

He said Britain leaving the EU means it is at “a historic juncture” which would lead to more trade with Caribbean nations.

Johnson went on to say: “If we are spending our GDP on diplomacy, we should be able to spend that money on hurricane relief.

The foreign secretary followed up on a recent announcement that new High Commissions would be opened in Antigua and Barbuda, Grenada, St Vincent and the Grenadines and the Bahamas.