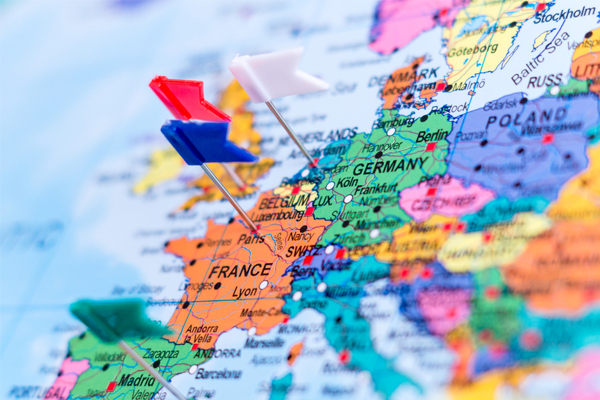 The UK is being outpaced in tourist spending by rivals with the total representing just 1.6% of the economy, almost a quarter below the European average of 2.1% of GDP.

The UK ranked behind both France and Holland, where tourist expenditure was worth 1.7% and 1.8% of their economies respectively.

Britain ranked 23rd in a study of 34 countries around the world, looking at spending by tourists – including inbound travel – in the past two years as a percentage of that country’s Gross Domestic Product (GDP) by national accountancy group UHY Hacker Young.

But the UK ranked last out of all 34 countries studied for the percentage change in tourist expenditure over the years studied, with a 9% fall from $45.5 billion to $41.5 billion.

A main driver behind the slower rate of growth in tourist spending is that the UK is often unable to upgrade tourist infrastructure capacity as quickly as many emerging markets, according to the research.

The UK is struggling to increase airport capacity, with Heathrow already operating at 98% and plans for a third runway have only just been finalised by government ministers after more than decade of debate.

By contrast, China is heavily investing in the infrastructure needed for large numbers of international visitors. Beijing Daxing airport is set to be the largest airport in the world when it opens in 2019 and Guangzhou’s new airport has expanded to accommodate 100 million passengers a year.

The rate of growth in tourist spending in the UK over the last year actually fell 9% despite the drop in the value of sterling as a result of the Brexit vote.

Tourist expenditure in the UK fell from $45.5 billion to $41.45 billion. This compares to 2.2% growth in emerging markets.

However, it has recovered recently and VisitBritain forecasts tourists to spend a record level in 2018.

UHY Hacker Young partner Martin Jones said: “Tourism is a major battleground in the global economy – and the UK is lagging behind.

“The drop in sterling has helped to attract tourists to the UK since the Brexit vote.

“However, unless the government quickly builds the capacity needed to welcome large numbers of tourists the country will not be able to take full advantage of the impact of the fall in sterling.

“More developed economies, including many in European countries, can often find it a slower, more difficult process to increase tourism capacity.

“As globalisation continues and more people get the opportunity to travel more widely, tourism is likely to become an even more important source of jobs and a catalyst for business creation and growth. Governments need to recognise the opportunities it brings.”