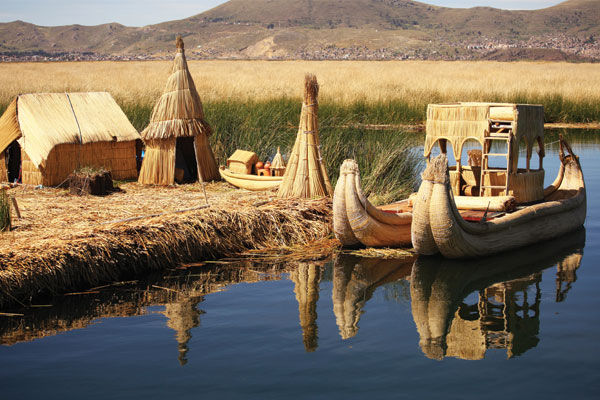 Laura French picks out the top tours for single travellers.

It’s official – solo travel is booming. And if it was once the reserve of twentysomething backpackers crisscrossing the globe to find themselves, it’s now very much the province of the mainstream, with clients of every age and agenda getting in on the game.

Tour operators are upping their solo product left, right and centre in response. We’ve rounded up some of the best examples from across the world to help inspire you and your clients, be they young, free and single or 50-plus and ready to mingle.

Condors soaring over vast canyons, llamas wandering around ancient Inca ruins and flamingos hobbling along empty desert plains – Peru is as vast as it is spectacular, and with so much to see, it’s little surprise it’s coming out trumps among operators.

For clients wanting to glimpse the best of its landscapes and cities in a short space of time, suggest Solos Holidays’ 10-day Peruvian Highlights tour, which is one of the operator’s two most popular trips. Guests will explore the Sacred Valley – visiting everything from alpaca farms to towns that once belonged to the Inca empire – before hopping on a train to Machu Picchu and learning more about the beautiful ‘lost city’ the Spanish never found.

“Peru is as vast as it is spectacular, and with so much to see, it’s little surprise it’s coming out trumps among operators.”

Other highlights include Lima, Cusco and Lake Titicaca, the world’s highest navigable lake and home to the Uros islands, a cluster of man-made floating isles still inhabited today.

Book it: From £3,465 including some meals, transport, internal flights, KLM flights from Heathrow to Lima with transfers, and a twin or double room for single use.
solosholidays.co.uk 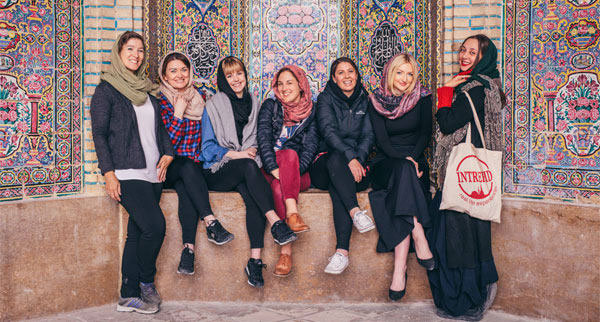 It might not have quite the profile of Peru, but Iran’s millennia-old cities, turquoise-tiled architecture, extraordinary desertscapes and welcoming people are starting to get this place some attention. Operators have been expanding their product here over the past few years, fuelled by the introduction of a direct BA flight from London to Tehran in 2016. One of the most unusual offerings comes from Intrepid Travel, which offers a 12-day female-only trip round the country as part of its new collection of Women’s Expeditions.

Designed to put travellers in touch with local people, it provides access to areas not open to mixed-gender groups – from visiting a beauty salon to wandering through a women’s-only park, taking part in a yoga class to sitting in the female-only section of the metro – adding in other memorable experiences such as staying with a nomadic family.

“Operators have been expanding their product here over the past few years, fuelled by the introduction of a direct BA flight from London to Tehran.”

Other key points on the tour include Shiraz, once the centre of the Persian Empire; Esfahan, known for its colourful, Islamic-tiled architecture; Tehran, the historic and liberal capital city; and Yazd, which is home to some of the oldest streets on the planet.

Book it: From £2,005 including accommodation, some meals, local and private transport, and scheduled activities.
intrepidtravel.com/uk 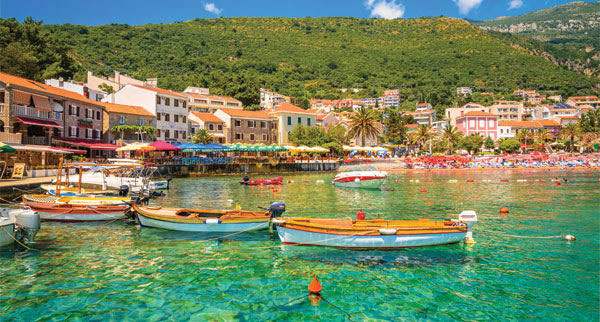 The Balkans are firmly on the radar right now and at their heart is Montenegro, the tiny Adriatic gem that packs a punch with its charming mountain vistas, crystal-clear waters, rolling vineyards and historic walled towns.

Riviera Travel’s eight-day tour, part of its Solo Traveller range, travels to the key spots, from former capital Cetinje to the picturesque town of Kotor and sprawling Lake Skadar – the largest lake in southeastern Europe. It tags on a visit to Dubrovnik and cultural experiences such as wine tasting, sampling mountain food and a ‘fisherman’s dinner’, giving guests an insight into this traditional, laid-back country with a dedicated solo tour manager and no single supplements.

Will Sarson, head of specialist product, says: “We have seen great demand for our Montenegro Riviera tour, which launched in 2018. Customer feedback has been tremendous for the destination and shows that solo customers are just as likely to book a less obvious destination as they are one of our more iconic tours.”

Book it: From £1,119 per person including half-board accommodation in a four-star hotel, transport, activities, flights and transfers.
rivieratravel.co.uk 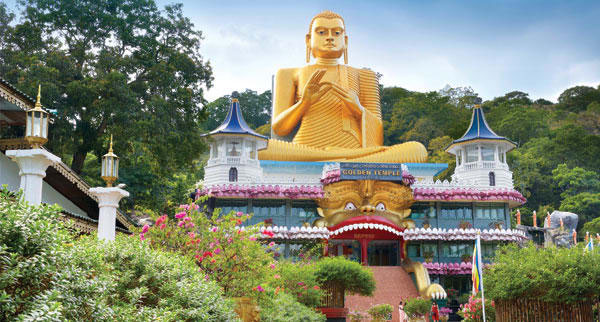 Whether it’s the ancient history, the white-sand beaches, the exotic wildlife or the lush, sprawling jungle that’s luring people, Sri Lanka is fast becoming the next big thing, and taking a tour is one of the simplest and most insightful ways of seeing it.

Phil Ellis, product manager for Titan Travel, says: “Demand for the country shows no signs of slowing down, and within this growth, a large proportion is for solo travellers.”

“Sri Lanka is fast becoming the next big thing, and taking a tour is one of the simplest and most insightful ways of seeing it.”

The operator introduced a solo version of its Best of Sri Lanka tour for 2018 in response, bringing the benefits of its solo range – including no single supplements, a drinks reception and a maximum of 30 passengers – to an itinerary that whisks guests through all the hotspots: Colombo, Anuradhapura, Sigiriya, Dambulla, the Temple of the Tooth, Yala National Park and beyond. It adds in a visit to an elephant sanctuary and traditional villages, a tea plantation tour and myriad ancient Buddhist sites, making it a wise option for culture vultures on the hunt for their next big hit.

Book it: From £2,149 per person including accommodation, 10 breakfasts and 10 dinners, VIP door-to-door travel service, flights, coaches and porterage.
titantravel.co.uk

Canada is still one of the most sought-after destinations in the world among the touring market, and at its beating heart are the snow-dressed peaks and white-blue glaciers that make up the Rockies. From adventure-loving Vancouver to scenic Whistler, glorious Jasper to the Athabasca Glacier, there’s a hell of a lot to explore here.

Saga’s Vancouver & the Rockies trip packs in the highlights in a 15-night expedition visiting Banff, Lake Louise, Calgary and beyond, throwing in a scenic drive along the Icefields Parkway, a tour of Jasper’s Maligne Canyon and a ride on the Ice Explorer to top it all off.

“From adventure-loving Vancouver to scenic Whistler, glorious Jasper to the Athabasca Glacier, there’s a hell of a lot to explore here.”

Book it: From £4,299 departing September 20, including accommodation, transport, some meals, porterage, flights, and a VIP door-to-door travel service.
travel.saga.co.uk 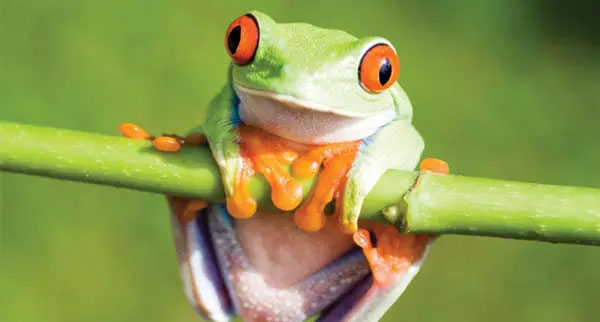 Costa Rica is the word on every nature lover’s lips right now, and for independent clients wanting to combine it with a bit of culture, Cox & Kings has the answer – its 14-day, solos-only Panama & Costa Rica trip.

Customers will start in Panama City, taking a cruise along the world’s most renowned canal, before flying to Costa Rica to visit Tortuguero, where nesting turtles, manatees and caiman skulk along rippling waterways. From there it’s on to the Arenal volcano, then to the mystical cloud forests of Monteverde, and finally the wildlife-laden rainforest that is Manuel Antonio National Park.

“Customers will start in Panama City, taking a cruise along the world’s most renowned canal, before flying to Costa Rica to visit Tortuguero.”

There’s a handful of more unusual stops too, including La Selva Biological Station, where visitors will get an insight into conservation work around the rainforest, and Carara National Park, which boasts crocodiles, monkeys and scarlet macaws among its colourful ecosystem.

Book it: From £2,995 including three and four-star accommodation, scheduled activities, transport, entrance fees, twin or double room for single use, some meals and British Airways flights.
coxandkings.co.uk 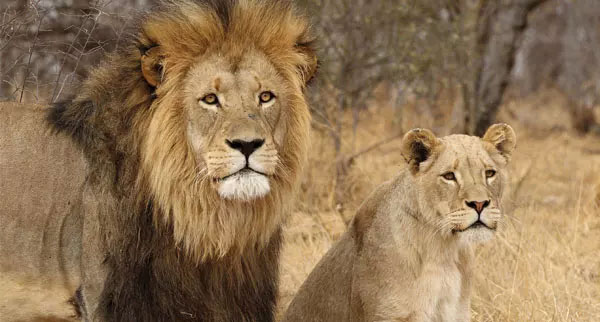 South Africa is the one to watch, according to solo specialist Just You. The operator’s 14-day Experience South Africa trip combines scenic wine tours around Stellenbosch and Oudtshoorn with a game drive through the dusty plains of Kruger National Park, a cable-car ride up Cape Town’s Table Mountain and a visit to the Cango Caves.

“Key stops include the Cape Peninsula, Knysna and Johannesburg, where clients will take a tour of Soweto, learning more about its turbulent history.”

Other key stops include the Cape Peninsula, Knysna and Johannesburg, where clients will take a tour of Soweto, learning more about its turbulent history. Just You’s managing director, Alastair Campbell, says: “The trip is selling really well. It’s all about sharing experiences – and on this tour, they come by the bucket load.”

Book it: From £3,699 including half-board accommodation, porterage, UK lounge passes and flights from Heathrow with British Airways.
justyou.co.uk 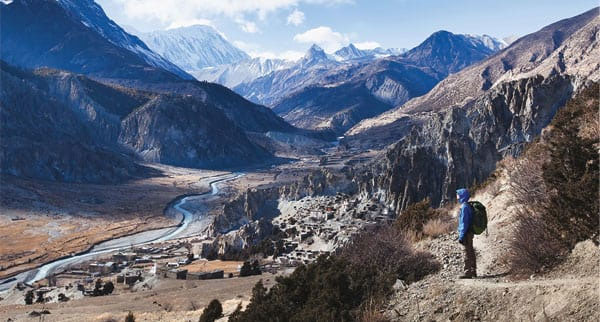 Welcoming people, age-old traditions and quaint mountain villages set among breathtaking scenery make Nepal’s Annapurna region one of the most visit-worthy in the world for adventurous types.

On The Go Tours takes in the region’s hotspots on an epic trek visiting Chitwan National Park – home to elephants, rhinos, striped hyenas and more – Kathmandu, Patan and Bhaktapur, with 4×4 safaris, rickshaw rides, Buddhist monk performances, pottery-making and plenty more packed in along the way.

Though not solely for solo travellers, it’s one of several select itineraries offered by the operator that give single travellers a room of their own without an extra fee on certain departure dates – making it a good option for those who don’t want a singles-only departure.

Book it: The 13-day trips starts at £1,395, including four-star accommodation, most meals, transfers, guided Annapurna trek with a porter, and flights from Pokhara to Kathmandu. International flights are extra.
onthegotours.com

“We’re continuing to see strong numbers from the solo market,” says Brian Young, managing director at G Adventures, who adds that Thailand, India, Vietnam and Peru are among the key destinations for this market.

On the Go Tours says there’s growing demand from solo travellers over the age of 50, with tours in Egypt and overland safaris in Africa proving especially popular.

Travel 2 highlights southeast Asia and New Zealand as the most popular choices, while Just You points to Italy, India, Vietnam and Canada.

Titan Travel is increasing the range of dedicated solo departures for 2019 to 22 itineraries.

Explore is scrapping single supplements on 60 of its small-group trips for bookings made before July 2 to encourage solo travellers.

Golden Eagle Luxury Trains has waived the single supplement on its first-ever short-break trip, A Taste of Italy, departing in September.

Shearings Holidays is running dedicated coaches for clients travelling on their own on selected Your Time itineraries in Andorra and the Netherlands in September.

Exploring Madagascar’s unique flora and fauna on a road triExploring the Murray River region of Australia on a self-drive tour
An all-American escorted tour through California, Nevada and Arizona