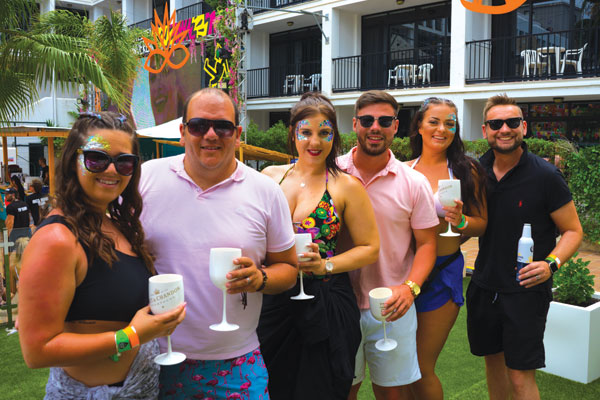 Carnival Cruise Line will more than double the number of agents on its Ibiza fam trip next year as it seeks to make the event “bigger and better than ever”.

Speaking during this year’s event last week, Iain Baillie, the line’s vice-president for UK and international sales, promised to invite at least 50 agents – up from 22 this year.

Carnival invites agents who do the most to engage with its Loyalty Rocks Club reward scheme on the annual trip, which began in 2017.

Luke Smith, Carnival’s head of international sales, said: “This trip has taken on a life of its own, [becoming] our signature event.”

He said loyal agents were registering as soon as applications opened in January, adding: “It is all about engagement for us.

“This event will be bigger and better than ever next year. We want as many agents as possible to put their hands up.”

Baillie said the three-day fam trip was a demonstration of everything Carnival Cruise Line does for the trade.

Smith added that while there was “no limit” to how Carnival could develop the trip, he wanted to keep a certain level of “exclusivity” to the event.

Baillie also hinted that UK agents might be able to visit Carnival Panorama, due to start sailing out of Long Beach, California, for its launch in November 2019.

Separately, he said Carnival was looking to create more game-style modules for its Loyalty Rocks Club over the next 12 months to make it more interactive and said a chat room was still under development.