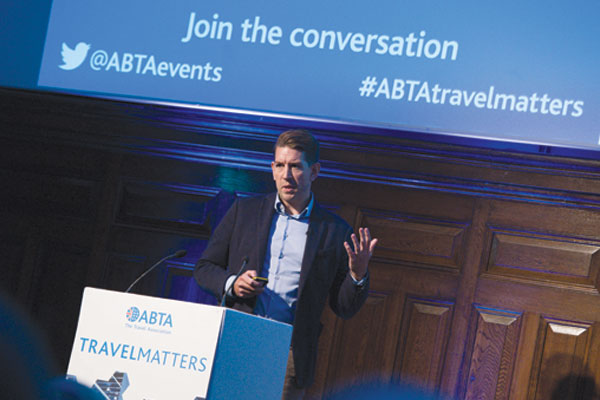 Independent agents are expected to sell more tour operator holidays amid concern about greater liability for selling dynamic packages in the wake of new protection rules.

New Package Travel Regulations (PTRs) came into force on July 1, protecting an additional 10 million packages bought annually in the UK, according to the government.

However, with final government guidance not having come out until this week, the impact the new rules will have on agents who tailor-make remained unclear.

Mark Cornock, the recently appointed head of B2B sales at Hays Travel, said: “There is a fear that this potentially takes some of their independence away.

“I think in the interim some people will panic and take dynamic packaging off the shelves entirely and just sell third-party packages, however disadvantageous this is to consumer choice.”

Hays Travel is one of a number of groups that offers an umbrella Atol scheme for its Independence Group [IG] consortium and has its own fully-bonded tour operator.

Cornock said Hays carried out “stress tests” on IG members ahead of the new PTRs and had been offering members and third parties training on selling its in‑house Hays Travel Tour Operator.

“The message we’re sending to agents is you can still create great, unique packages if you use this platform and we’ll take care of bonding, liability and servicing the customer 24/7.”

He said disagreement persists among legal experts and trade bodies as to whether an agent becomes the principal if it adds a “significant component”, such as car hire, to an Atol-holder’s package.

The trade is in a “strange period of uncertainty”, added Alcock. “Agents have been waiting for the guidance and so have been putting off getting their heads around it.

“A lot are grappling with the technicalities of what it means to them and there are some questions you can’t get clear answers to. I wouldn’t be surprised if a lot of agents decide they could do without the headache and are pushed into the hands of consortia or other franchise [Atol] arrangements.”

Guy Novik, chief executive of USAirtours, said more than 100 agents had made enquiries about their responsibilities when selling the operator’s product this week.

“Agents have been tailor-making itineraries in the US for years, but many want to be the agent, not the principal with the risk that involves as a smaller business,” he said.

At a glance: The UK’s new PTRs

• Package Travel Regulations are the UK’s interpretation of the EU’s Package Travel Directive, which covers a broader definition of a package to reflect a more dynamic online travel industry.

• They require travel organisers to provide consumers with a range of product and service assurances including financial protection, which the UK does under the Atol scheme.

• The new rules cover all sales from July 1, although the UKregulator has promised to take a “light touch” to enforcement for three months.

• The rules were reported favourably across consumer media, with Which? travel editor Rory Boland declaring: “Package holiday regulations have been dragged out of the dark ages.”