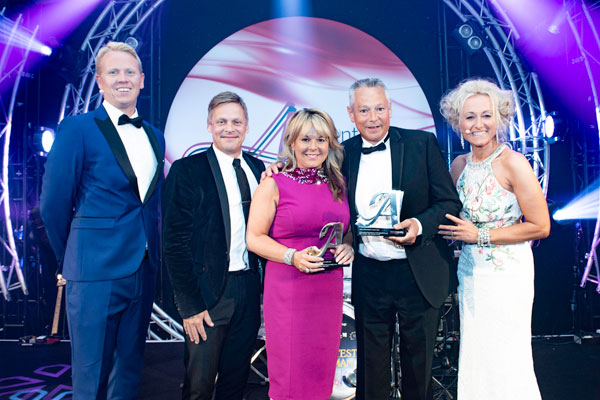 Miles Morgan Travel is capitalising on its ‘hat trick’ at the Travel Weekly Agent Achievement Awards by promoting its wins in a new TV advertisement.

The latest ad campaign by the travel agency chain goes live this Thursday on ITV West for four weeks and features photographs of Morgan receiving the awards on behalf of the business.

Morgan, who said the advertisement would be used to promote the agency all year, said: “You need to maximise any opportunities that come your way; you are not voted best in Britain every week and if you are you need to tell people!”

The ad, which deliberately focuses on the company and the experience rather than the holiday price, will also run on social media channels and on the company’s website.

Other winners on the night have also used the awards as a way to promote their businesses.

Lincolnshire Co-op, which won the Tipto Independent Agency of the Year award, presented at the AAAs, also put out a story on social media as well as to local news outlets.

Lincolnshire Co-op Travel group manager Wayne Dennett, who collected the award, said: “This award is testament to each and every colleague involved in our travel business and the valued services they provide. We couldn’t be prouder of them all.