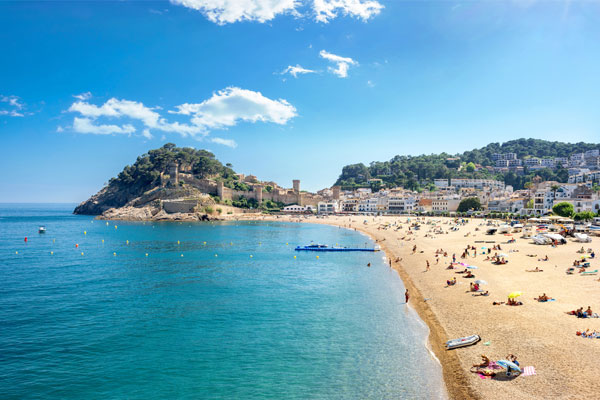 Everybody agrees the long heatwave in Europe hit the outbound market for late bookings this summer, although looking at London’s cloudy skies it is hard to think this will prove a systemic problem.

Travel groups from Thomas Cook and TUI to easyJet and UK online travel agency On the Beach referenced the weather in recent trading updates, and both Cook and TUI tempered the expectations of investors.

In third-quarter results at the end of July, Thomas Cook reported group bookings “impacted by the sustained period of hot weather”, and this was the line picked up by most of the media.

This may be the overriding reason both companies saw their share prices fall at the start of this week – though only by 2% or so. However, media reports tied the falls to the plunge in value of Turkey’s currency, the lira.

This makes little sense in the short term. Cheaper Turkish destinations will make holidays in the country more attractive to late bookers, not less, meaning prices could rise.

But regardless of whether prices increase or remain stable, TUI and Cook will take their bookings in sterling or euros.

The real risk is to stability – or to perceived stability – in a country which suffered a failed coup only two years ago, has seen repeated bombings, borders war-torn Syria and is in a diplomatic meltdown with the US.

Agreement on Turkey, divergence on Spain

Both TUI and Thomas Cook commented on the return to Turkey, with Cook chief executive Peter Fankhauser reporting “strong customer demand for Turkey” and Joussen noting: “Turkey is very strong.”

Yet the more interesting story relates to Spain, and on this the pair diverged.

Thomas Cook reported: “Margin pressure in our UK tour operator, particularly to the Spanish Islands where we see aggressive pricing from the competition and bed cost inflation from hoteliers.”

In the UK, the group reported summer bookings up 1% but average selling prices 7% higher, largely due to this “bed cost inflation” in Spain.

Fankhauser noted the “highly competitive market for Spanish holidays” meant: “While we have seen good growth to higher-margin destinations such as Turkey and Egypt, this has not been enough to fully offset the margin pressure which has impacted holidays to Spain.”

TUI referred to pressure on its margins in the UK, but attributed this solely to the weaker value of sterling not to hotel prices in Spain.

Asked about the margins on bookings to Spain in light of Thomas Cook’s statement, a TUI Group spokesman told Travel Weekly: “This is not really relevant to us.

“We have many of our own hotels there [in Spain] and strong, long-lasting relationships with third-party hoteliers.”

Interestingly, easyJet – a major carrier to Spain and the Spanish islands – noted a “benign competitive environment” in its most-recently quarterly results.

Specifically, it reported: “The uptake by competitors of overlapping Monarch capacity continues to be lower than expected.”

The failures of Monarch and Air Berlin last autumn removed a fair slice of capacity from the market to Spain. Air Berlin had a base at Parma and Monarch a full flying programme to Spain and the Spanish Islands.

Airlines have clearly not taken up all the slack from the pair’s removal, despite TUI’s group spokesman insisting there had been “no real reduction” in capacity to the country this summer.

It noted at the end of July: “Spain recorded 37 consecutive months of growth in revenue per available room (RevPAR) to March 2018.”

Only Barcelona has seen a downturn, driven perhaps by the crisis over Catalan independence or possibly by concern at media reports of over-tourism or maybe a combination of both.

However, STR reports: “Hotel performance remains on a strong upward trend throughout most key Spanish markets.”

Would Thomas Cook sell its airline?

However, Spanish hotel prices and exchange rates are not the only source of pressure on margins.

Thomas Cook reported bookings with Thomas Cook Airlines and German carrier Condor up 15% year on year for the season to July 21 “in line with the capacity increase”, but average selling prices were up just 1%.

That left Thomas Cook’s total group bookings up 11% overall for this summer, but average selling prices down 3% year on year.

In that light, a 1% increase in the average selling price of flights appears a somewhat poorer performance and may go some way to explain the media reports – denied by Fankhauser – that Cook is considering selling its carrier.

My guess is Cook is unlikely to sell Thomas Cook Airlines without a startlingly good offer – and who would make one?

But the group would almost certainly be interested in a partner to invest in, and share costs and capacity with, Condor in Germany.

This, after all, is the model Thomas Cook Germany and its parent C&N (the German group that acquired Thomas Cook in 2000) previously operated.