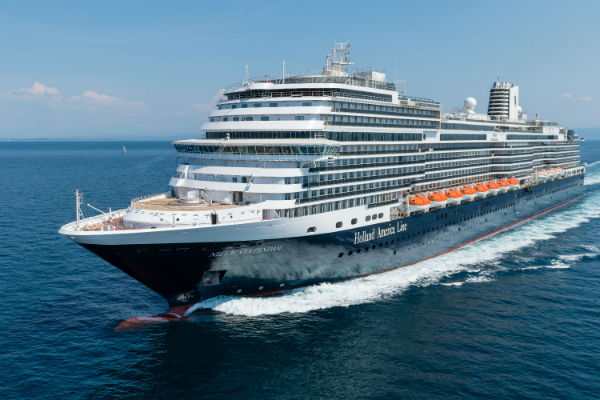 The second of the line’s Pinnacle class vessels underwent a series of performance tests on the ship’s systems, machinery and engines.

The 2,666-passenger Nieuw Statendam then returned to Fincantieri’s Marghera shipyard in Italy where the finishing touches will be completed.

While much of the ship’s design will be similar to sister ship Koningsdam, the 99,500-ton Nieuw Statendam will have exclusive public spaces and its own style created by leading hospitality designer Adam D. Tihany and designer and architect Bjorn Storbraaten, according to the company.

Nieuw Statendam is due for delivery on December 1 and will cruise in the Caribbean in the winter before moving to northern Europe, Iceland and the Mediterranean in summer 2019.

HAL president Orlando Ashford said: “The sea trials are a highly anticipated milestone for any newbuild because it takes us one step closer to delivery, and we’re thrilled that Nieuw Statendam gave a strong performance out in open water.

“There’s a lot of buzz surrounding Nieuw Statendam and the innovations we’re introducing on board. The ship is going to have an exciting debut in early December.”

The line’s first ship to be called Statendam sailed in 1898, and this will be the sixth ship in the company’s history to carry the name.