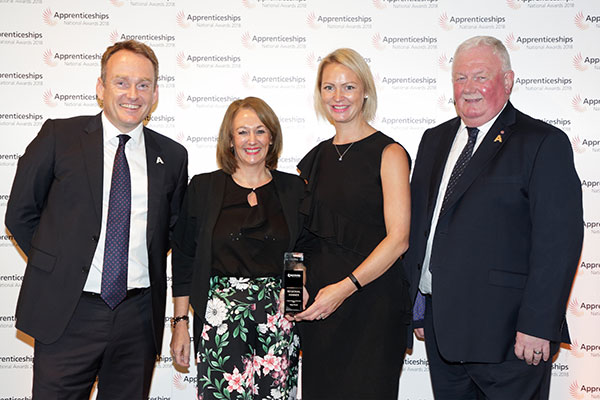 A Hays Travel agent who was told she had months to live has scooped an apprenticeship award for the north-east.

Hays Travel as a company also took the title of North East Large Employer of the Year in the 2018 National Apprenticeship Awards, which recognize businesses that grow their own talent using apprentices and make a significant contribution to the workplace. It employs more than 1,000 staff and more than 170 travel agencies, with sales of more than £1 billion.

Apprentice Alexandra Turner-Davis, who works at Hays’ Jarrow branch in Tyne and Wear, won the award for North East Advanced Apprentice of the Year. She is now through to the next stage, which puts her in the running to win the national award, announced in November.

Alexandra said: “I am so happy. It’s such an honour to get this; I really didn’t expect it. I absolutely love my job and interacting with the public.” 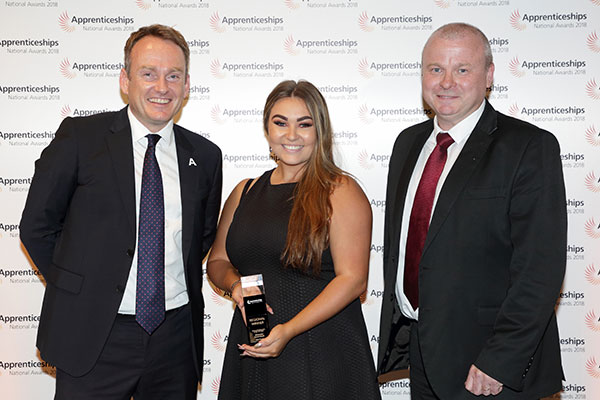 The 19-year-old, a Hays Travel Apprentice Ambassador and one of the company’s top performing apprentices, beat the odds when doctors diagnosed her with progressive throat cancer in 2014.

She was given three months to live but by January 2015, after receiving an adult dose of chemo-radiation five days a week over six weeks, was given the all-clear.

Turner-Davis has cited her life-and-death battle with cancer as the reason why she has grabbed “every opportunity in life” as well as set up her own charity foundation Alex’s Angels to help families of children with the disease.

Beverley Little, head of training, said: “I’m delighted we have yet again been recognised for our commitment to apprenticeships. The National Apprenticeship Awards are regarded as a benchmark of quality within the apprenticeship service and within training. We are tremendously proud to have made the top slot alongside such strong entrants.”

In May this year Alexandra was shortlisted in the apprentice of the year category at the separate North East Employee of the Year 2018 awards.