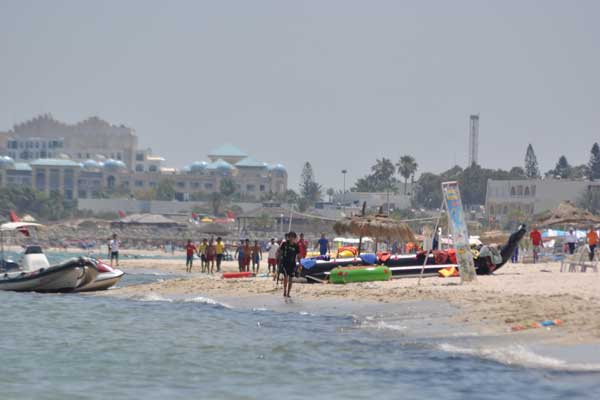 Tui UK faces formal court proceedings from British victims of the 2015 terrorist attack in Tunisia seeking damages from the operator.

More than 80 people including families who lost loved ones and those left with injuries following the massacre at a hotel in Sousse on June 26 three years ago have instructed personal injury lawyers at Irwin Mitchell to commence legal proceedings on their behalf.

Irwin Mitchell represents the families of 22 people who died in the attack as well as more than 50 people who suffered injuries including gunshot wounds and people hit by shrapnel from explosions at the Imperial Marhaba Hotel.

Others sustained injuries such as ruptured tendons and leg and feet injuries while fleeing the attacker.

Many are said to be still suffering from psychological injuries after witnessing the attack with some having comforted family members fatally wounded.

The legal case centres on security at the hotel; what was known about previous attacks in Tunisia and the lack of information presented to customers both at the time of booking and when the situation may have changed regarding travel advice.

Many of the families affected were unaware of the Foreign and Commonwealth travel advice that there was a “high threat from terrorism” in Tunisia.
Neither Tui’s 2015 brochure or its 2015 website informed them of the content of the FCO travel advice before they booked their holidays, according to the law firm.

A seven-week inquest last year into the deaths of 30 Britons who died in the attack heard how security guards employed at the hotel were poorly trained, ineffective and unable to communicate with each other.

There was limited CCTV coverage, much less than at other nearby hotels, and a number of other security measures were inadequate – including gates and perimeter fences; and no protocol in place to be followed in the event of a terrorist attack.

Senior associate solicitor Kylie Hutchison said: “On behalf of our clients who lost members of their families and those who suffered injuries in this terrible incident, we have now served formal civil proceedings on Tui claiming damages.

“The damages claimed will help compensate them for their suffering, their financial losses and help survivors meet the costs of specialist treatments and therapies to aid their recoveries.

“The level of terrorist threat in Tunisia had been escalating for some time prior to June 2015. This included a failed suicide bomb attempt outside a beach Hotel in Sousse in October 2013 and an attack at the Bardo museum in Tunis in March 2015 in which 22 people were killed.

“Despite this Tui, the tour operator who organised the holidays and was responsible for our clients’ safety, did not audit the adequacy of security at the hotel or take appropriate precautions to keep our clients safe from an attack.

“Nor did they inform our clients of the level of threat of terrorism which many of the holidaymakers say would have changed their mind about holidaying in Tunisia at the time.”

Mat James, 33, from Pontypridd, Wales, was shot multiple times while protecting his girlfriend during the attack. He has needed multiple operations on his leg since the attack but is still suffering from problems related to the injury.

He said: “The horrible attack was obviously life-changing for so many people. Even now, a few years on my injuries are still affecting me.

“We can never forget what happened and I’m lucky to be alive, but hopefully by taking legal action everyone involved can get the help and support we need to aid our recoveries as much as possible.”

A Tui spokesman said: “We remain truly saddened by what happened on that fateful day in Sousse in June 2015 when 30 of our customers lost their lives in a terrorist attack which started on a public beach.

“Our thoughts remain with all of those who were affected by the horrific incident. As this is now subject to legal proceedings it would be inappropriate to comment further at this stage except to say we will fully cooperate with the judicial process.”