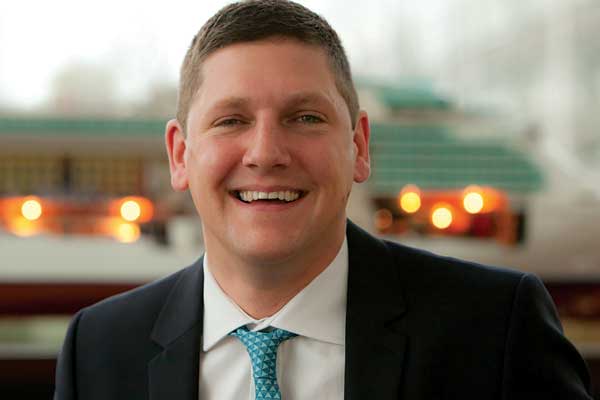 It’s a gloriously sunny autumn day in London and I am high above the Thames, looking down on the capital’s iconic skyline from a pod on the London Eye.

It’s the closest we could get to being in Royal Caribbean’s signature feature, the North Star – a glass pod that extends high above the top deck or out over the ocean on the line’s Quantum-class ships.

The pair have just filled the final few vacant roles in their sales team and, after arming the crew with the latest sales technology, cars and training, are keen to unleash them on the trade with new sales messages to further drive the brand’s growth.

“Our commitment to the trade is as much as it’s ever been,” he said. “We have not been deterred by the reported performance of the multiples in any way. Anything we have lost from them has been offset by growth in the independent sector. It’s not altered our view of the importance of retail in the slightest.”

He admitted that Tui and Thomas Cook’s business had halved over the past five years.

“Cook has always been bigger than Tui but collectively, their contribution to our business has halved. It’s not a bad thing. Tui has Marella to sell and Cook has had a moving strategy and it’s not been entirely clear where their priorities have laid.

“But we have a really strong business across independent retail – the likes of Miles Morgan Travel and Newell’s Travel – and these players have really stepped up.”

Bouldin said: “We had been interested in joining for a while and MSC pulling out [of Tipto] has facilitated us joining. We are really looking forward to unlocking all the opportunity there.”

He added that Royal was also targeting more luxury and premium agents to sell its suite‑class accommodation.

“We are about to embark on an exciting journey with Aspire magazine by Travel Weekly,” he said. “We want Aspire members to help us redefine what ‘luxury’ means to the family market. We are going to do this by supporting all Aspire’s regional events and by offering Aspire agents bonus commission for selling our suites.

“We need to change perceptions. Larry Pimentel [president and chief executive of Royal’s sister brand Azamara Club Cruises] said recently that Royal had the best luxury family space at sea. We need to educate agents selling premium travel about that.” 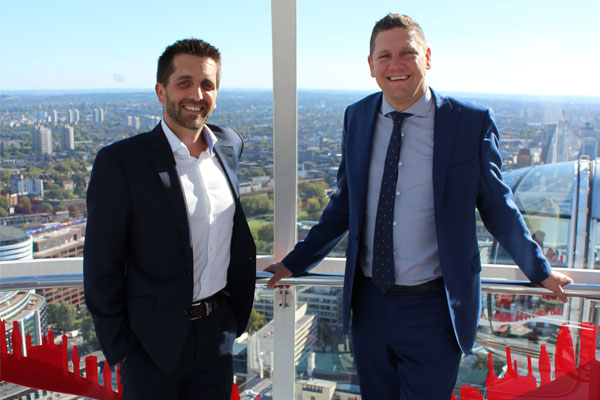 “Our distribution is as broad as anyone else’s, but Royal has always favoured the trade, whereas P&O Cruises didn’t always,” he said. “They lost some friends, and some they are still trying to win back.

“NCL was flirting with a more direct strategy in 2014 and 2015, but Royal has always been loyal. Who else offers Royal Rewards and a dedicated Mastercard?”

But Bouldin added: “We are not complacent. If you look at what’s happened in cruise over the last 18 months, we absolutely can’t be.

“Marella has got a lot bigger and has put an increased focus on its own distribution, and is going out to a lot of OTAs to sell its cruises.

“MSC has an enviable pipeline of new ships and hardware, but they have got other areas to focus on. Celebrity Cruises has got the launch of Edge and then Apex, while P&O Cruises has got Iona and is bringing its deployment forward, but NCL has stepped back. At Royal, we are focused
on what we need to achieve.”

Bouldin said new-to-cruise customers were as important as ever and claimed his line’s use of family imagery and its ‘Where Extraordinary Happens’ tagline had helped it reach a new audience.

“Our revamped Independence of the Seas had the highest Net Promoter Scores of any ship this summer. They were higher than the brand average, and that’s not easily achieved in the UK as Brits are notoriously not as gushing as other nations,” he said.

“It resulted in us attracting more new-to-cruise this year than ever, specifically families in the summer holidays, which means our messaging is getting through. That’s not to say we are not a great holiday for non-families too!”

Bouldin claimed the outlook for Royal was good.

“In terms of confidence in the marketplace, we are feeling good about ourselves,” he said. “We are getting the audience we want and they are having a great time. They are booking to come again while they are on board and as soon as they get home – and paying more money for the second time.”

And he said prospects for 2019 were even better.

“Next summer, we will have Independence and Explorer sailing out of Southampton. And we will go on sale on November 5 for Ovation in Alaska and on November 20 for ex-UK and Europe departures.

“We wouldn’t normally go on sale until March, but we have done it for two reasons. Firstly, we have less [left] to sell in 2019 than this time last year. And secondly, we figure why not go five months earlier while demand is strong and with our growth projections for 2020 being so significant?”

Asked how Royal planned to achieve such growth, Byron said: “Our future growth is not determined by ex-UK capacity. We need to think now about how many passengers we source fleet‑wide from the UK, not just how many we get on our ships out of Southampton.”

Bouldin added: “We have the best ship in Alaska. We have leading hardware, designed for families in Alaska for the first time, and we will capitalise on that.”

Byron added that the line has four Oasis-class ships sailing in the Caribbean, which he thinks can be popular with UK guests. He also cited Royal’s new Terminal A in Miami which will be operational from November.

“[The terminal] will be iconic on the Miami skyline and will showcase our frictionless check‑in,” he said. “The opportunity for exponential growth is the Caribbean, Alaska and Asia.

“They are amazing destinations and we have incredible shore excursions in each of them.”

Add to that Royal’s launch of Spectrum of the Seas in April 2019 and the unveiling of new private island ‘chill and thrill’ concept Perfect Day in May, and it’s clear it is going to be another busy year.