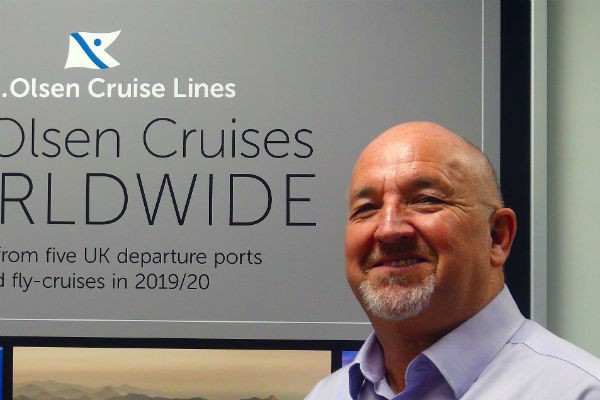 The line has started looking for a successor to Evans who has worked for the company for 27 years.

Evans became head of sales in April 2017 following a number of roles in the sales department, including regional sales manager for the north of England, Scotland and Northern Ireland.

He joined Fred Olsen in 1992, back when the line operated a single ship, Black Prince.

Evans said: “I have decided to retire from Fred. Olsen at the end of April next year, having spent 27 years and a large part of my working life at this company.

“It is a tough decision to make, but one that I am happy with, as I have a lot of plans to fulfil in my retirement.”

Managing director Mike Rodwell added: “With his broad industry experience, extensive knowledge of Fred Olsen’s unique style of cruising, and excellent reputation with our travel industry partners, Mike has been an absolute asset to the company over the nearly three decades that he has been with us, and he has seen us grow and develop as a major international cruise brand.”

In other changes, Kirsty Reid is being promoted from trade support executive to become an account manager in the sales team from November 19 reporting to field sales manager Mathew Foxcroft.

She will be part of the field sales team, alongside existing account managers Allison Graham, Julia Thornhill and Marietta Maidman, and be responsible for managing key accounts including in retail, online and call centre agencies.