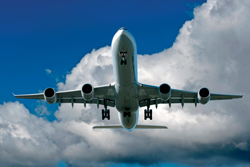 The increase in the ATOL Protection Contribution (APC) to £2.50 on October 1 will cost the trade and/or consumers an additional £30 million a year.

It is too early to say whether that bill can be wholly passed on to customers or whether the biggest tour operators will withdraw some holidays from ATOL protection – most probably seat-only sales.

Thomas Cook said it was considering the option, while TUI Travel UK noted in its response to the consultation on the APC rise: “It would not be true to say APC contributions can simply be passed on to customers. If the market could bear [it], tour operators would already be selling holidays at higher amounts.”

Under-secretary of state for transport Paul Clark announced the increase in a statement to parliament last week, arguing: “This strikes the right balance between ensuring the financial stability of the Air Travel Trust Fund (ATTF) while keeping additional burdens on travel companies and consumers as low as practicable.”

Clark conceded the increase would hit the trade, saying: “I am aware of the extra burden this will place on travel companies and consumers, which is why I have agreed to an increase at the bottom of the range consulted on by the Civil Aviation Authority (CAA).”

He said protection at £2.50 was cheaper than stand-alone airline-failure insurance, saying it represents less than 0.5% of the average holiday price.

Clark said the CAA would review the rate of APC before the fund moves into surplus, “projected to be [by] the spring of 2012”. The government plans to consult this autumn on reform of the ATOL system that would follow an end to the funding crisis.

However, in recommending the rise to £2.50 accepted by the Department for Transport, the CAA warned: “A further need to increase the rate cannot be ruled out… in the event of a series of large operator failures and simultaneous sharp decline in bookings.”

The CAA said it had “weighed the likely impact” and recommended a move to £2.50 rather than £3 on the grounds that it:

The consultation that ended last month looked at options within the range £2.50 to £3.50 and favoured a £3 rise, which was projected to eliminate the ATTF deficit by June 2011 rather than by March 2012, as it will now.

ABTA led the trade response in arguing against an increase and for the ATOL scheme to be widened instead.

The ATTF, into which the levy goes to fund prot-ection, would have been technically bankrupt from September without an APC increase. This was a condition Barclays sought in return for extending the fund’s credit.

The overdraft facility stands at £60 million and will extend to £80 million once details of a £55 million government guarantee are finalised.

APC: What you need to know