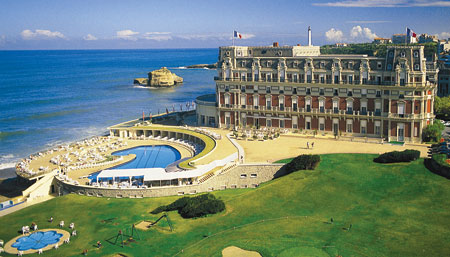 Luxury holidays aren’t a new idea – the well-off have been finding places to spend their money for centuries, and many of these destinations still have much to offer the discerning traveller today.

Send clients to the haunts of a previous generations’ jet-set for stunning sights, impeccable service and historical flavour.

Thomas Cook built its own fleet of fast, luxurious steamers, and during the winter of 1889, 1,300 British tourists went up the Nile.

The British love affair with Ancient Egypt and Nile cruising hasn’t diminished over the centuries, and now new, luxurious cruisers make the trip between Luxor and Aswan, stopping off to see the Temple of Karnak, the Valley of the Kings and the Aswan Dam.

One of the most luxurious boats out there is Oberoi Zahra. It has 25 cabins, each 30sq metres in size, and two 50sq metres suites with living rooms, private terraces and Jacuzzis.

It’s the only boat on the Nile with a spa, and it also boasts a decent-sized pool.

An Egyptologist is on hand to explain the sites to guests, and there’s a gourmet chef to ensure even the pickiest client’s tastes are catered to.

It shares a private docking area with sister ship Philae, so discerning travellers don’t have to battle through crowds of cruisers.

A trip to Egypt isn’t complete without visiting Cairo to see the Pyramids, the Sphinx and the Egyptian Museum.

Big-spending clients can eat in the revolving restaurant at the Grand Hyatt, or for those who prefer old-fashioned glamour, the Al Rubayyat restaurant at the Mena House. Built in 1869 as a hunting lodge and situated by the Pyramids, it adds a historical flavour to any dish.

Sample package: Cox and Kings offers an 11-night Nile cruise package including a seven-night all-inclusive cruise on Oberoi Zahra and three nights’ bed and breakfast at the Oberoi Mena House from £3,295 per person including flights, transfers and a private guide in Cairo. 020 7873 5000, coxandkings.co.uk

Seaside towns don’t come much more stylish than Biarritz – once a playground for Coco Chanel, Charlie Chaplin and Frank Sinatra.

It is still a glamorous option on the Cote des Basques on the southern stretch of France’s west coast.

The first Chanel Couture House opened here in 1915, and the European royals who flocked to the resort made it a roaring success.

Biarritz is still a haven for shopaholics, with exclusive brands such as Hermès and boutiques packed with clothing, jewellery and antiques.

Biarritz’s birth as a fashionable resort was down to the Spanish countess Eugenie de Montijo, who liked to spend her summers there. Her husband, Emperor Napoleon III (nephew of the Napoleon of Waterloo fame) built a villa for her, which burnt down in 1903.

It was rebuilt as an opulent hotel on the site at the Avenue de l’Imperatrice, and is still one of France’s grander establishments. Send clients to the Hotel du Palais for belle époque glamour and smart service.

These days Biarritz is popular with surfers, as the Atlantic provides great breaks.

Send clients to the Café de la Grande Plage, where they can ogle the boarders on the beach while sipping champagne and eating oysters.

Sample package: Abercrombie and Kent offers two nights at the Hotel du Palais from £606 per person, including flights from Gatwick to Bordeaux and car hire for three days. 0845 618 2213, abercrombiekent.co.uk

Famed for beautiful scenery and beautiful women, it’s no surprise that Rio de Janeiro has long been a favourite of the rich and famous.

The international jet-set were first attracted in the 1940s by Hollywood images of samba singer and Broadway sensation Carmen Miranda.

The place to stay was the vast white stucco Copacabana Palace – where Miranda was discovered by American impresario Lee Schubert.

It hosted big stars such as Errol Flynn, Bing Crosby and Douglas Fairbanks Jr, who enjoyed gambling at the casino tables.

Though gambling is now illegal in Brazil, Rio is still a party city. Visitors shouldn’t miss seeing a samba show, heading to Corcovado Mountain to see the famous statue of Christ the Redeemer, or taking the cable car up to Sugar Loaf Mountain.

Helicopter tours over the city are pricey but popular, and visitors can head out to beach resort Buzios to enjoy some sun.

Send foodies to the Antiquarius Gero. It’s situated in the Ipanema district, and is where the rich and famous go for Brazilian and Portuguese cuisine in an old-world setting.

The Copacabana is still one of the most sought-after addresses in Rio, and still keeps a ‘golden book’ for famous faces, so suggest clients stay there.

If they’re super-rich, suggest the penthouse suite with its own private pool and butler – otherwise, recommend a room with a beach view.

Sample package: Kuoni offers five nights’ at the Copacabana Palace in October, including flights with British Airways from Heathrow and transfers, from £1,459 per person twin-share. 01306 747 008, kuoni.co.uk

This Swiss jewel has been a haunt of the rich for centuries.

In the summer of 1864, hotelier Johannes Badrutt bet a group of English tourists that they would enjoy the town in winter. They could stay for free; if they didn’t enjoy it, he’d pay their fares home.

Since then it’s become the most exclusive ski resort in the world. It’s hosted royals, presidents, countless celebrities and twice welcomed the Winter Olympics.

The bravest clients can test their tobogganing prowess on the death-defying Cresta Run, which celebrates its 125th anniversary next year – but only if they book a beginner’s course, and they’re male, as it’s a men-only run.

There’s plenty of excitement, with 220 miles of high-altitude piste, and for adrenaline junkies, glacier skiing and snow-kiting. Afterwards, the highest Jacuzzi in Europe – at the top of the Diavolezza lift – offers relaxation.

Today’s Brits can also be welcomed by a Badrutt – Badrutt’s Palace is still owned by the family and has been one of the most recherché addresses in town since it opened in 1896.

Overlooking the lake, this hotel offers the ultimate in Alpine luxury, with seven restaurants, four bars, two private members clubs and a spa.

For the ultimate statement visit, send clients in February for the White Turf horse races. Glamorous crowds gather to watch jockeys ride thoroughbreds across the frozen surface of Lake Moritz.