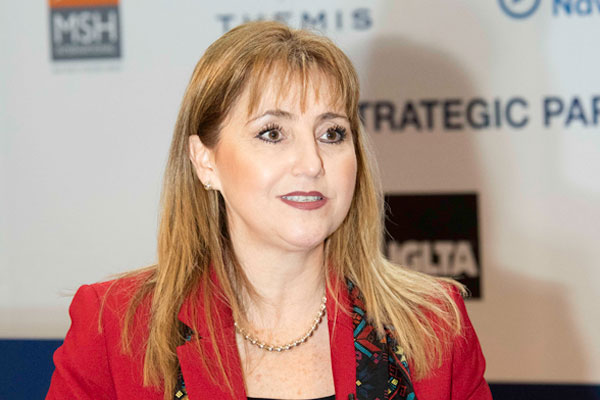 Governments and industry must act to facilitate “seamless travel” and prevent aviation gridlock, the head of the World Travel & Tourism Council (WTTC) has warned.

WTTC president and chief executive Gloria Guevara said: “In two or three years, your face could be your passport and boarding pass. That is what we want to achieve.”

She told the International Travel Crisis Management Summit (ITCMS) in London: “Are we going to grow the number of airports 100%? I don’t think so.”

Guevara said industry and governments must act “if we are to move from processing 10 million passengers a day at airports to 22 million a day”.

“We want to increase security while creating a seamless experience. I don’t want to spend more time in lines.”

But she said: “It needs a harmonised approach. There is still a lot of work to be done.”

Isabel Hill, director of the National Travel and Tourism Office at the US Department of Commerce, said the US is an advanced stage of testing biometric security.

She said: “This is succeeding as a security programme and as a facial-recognition programme.

“Machines read faces in some cases better than border staff. We can board a 400-seat plane in about 22 minutes. It is very exciting.”

Hill said the system has had a 97% success rate in trial.

She added: “We own the back-end, the private sector owes the front end [of the system].

“It is primarily about security but not just counter terrorism, we are looking at criminal activity, at intellectual theft, at pandemics as well.”

But he told the summit: “There are challenges and they are significant. Data is very easy to optimise and automate. The technology is there – how to do it is the hard part.

“There is a lot of talk about collaboration but not a lot of people are collaborating – handlers, airports, technology companies.

“Privacy is a very important concern, so is political will and appetite.”