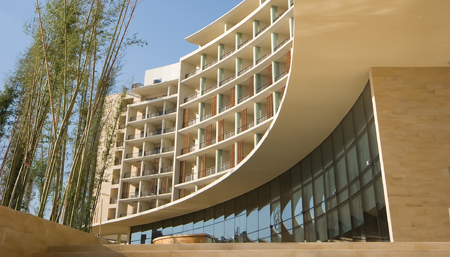 Operators are lining up to increase the amount of Red Sea product on offer for the 2009/10 winter season to capitalise on the heady mix of sun, sea and water sports on offer – and the fact that it’s outside the eurozone.

This week’s Red Sea twin-centres feature shows Libra Holidays ramping up its Jordan product, and Longwood Holidays is doing the same. The operator has added two new properties in Aqaba, the Kempinski and Mövenpick Tala Bay, in its newly launched brochure.

The company now offers five hotels in Aqaba, as well as a range of multi-centre options such as the seven-night Highlights of Jordan tour, using Monarch’s Gatwick-Aqaba charter flights.

To highlight the products on offer in its new winter brochure, Longwood also has a range of agent offers involving seven-night stays in 17 different Red Sea four- or five-star hotels from £279, valid for selected November to February 2010 departures from Gatwick and Manchester.

Turkey specialist Anatolian Sky has just launched its first Egypt brochure, which includes a year-around Red Sea holidays programme with its first departures this winter from Gatwick and Manchester (other regional airports are available on request).

Agents will receive a £10 shopping voucher for every package holiday booking. Other offers include seven nights for the price of five on selected hotels.

The Red Sea packages will be based in the Hurghada area featuring accommodation such as the Sheraton in Soma Bay, the Steigenberger in El Gouna and the InterContinental The Palace hotel in Port Ghalib.

There is also an emphasis on activities such as golf, diving and spa treatments at the centre at La Residence des Cascades in Soma Bay.

Olympic Holidays is featuring packages to Hurghada and nearby resorts on Egypt’s Red Sea Riviera again for winter 2009/10, having focused solely on Sharm el-Sheikh and Dahab this summer.

Seven- and 14-night packages at the three-star Falcon Hills Hotel in Sharm el-Sheikh (on a bed-and-breakfast basis) with Olympic lead in at £445 and £515, respectively.

Meanwhile, Red Sea Holidays, set up by three former MyTravel bosses earlier this year, is launching its second brochure at the end of August.

The new brochure will include all of its 15 hotels in the Red Sea area as well as the recently acquired Crowne Plaza in Sharm el-Sheikh, which it is splitting into two hotels (one five-star, one four-star) rebranded under the name Sharm Plaza.

The new brochure will also include Nile Cruise packages out of Hurghada and Sharm el-Sheikh, using its nine five-star river cruise ships, and more third-party products, while a third edition due in December will include more active options such as diving and golf breaks, as well as more regional airport options such as Bristol and Newcastle.

The company is building a hotel the Makadi Spa (due to open at the end of this year), and the Grand Marina in Hurghada (due to open in early 2010), with two additional hotels coming online in Taba and Marsa Alam in 2010/11.

It is also building five hotels and a golf course at a new resort complex at Sahl Hasheesh, near Makadi Bay (due to open in 2011).