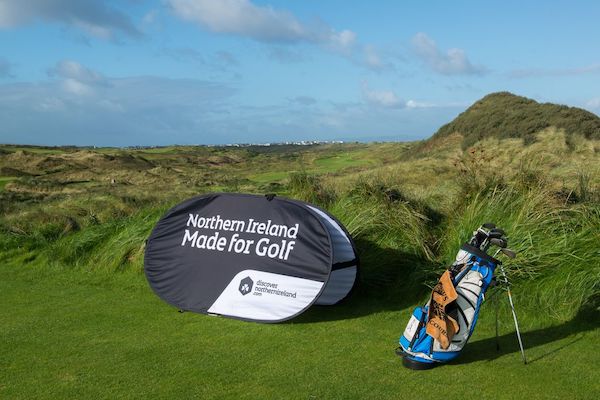 Tourism in Northern Ireland would be more vulnerable than other parts of the UK if no Brexit is reached, according to a report.

Figures estimate that more than 2.2 million people will have visited Northern Ireland in 2018, with tourism revenue rising 4% to £589 million.

Gibbons said an EU withdrawal deal is needed to provide certainty for the tourism industry.

Tourism Ireland is aiming to increase visitor spend by 8% next year and the tourism body has established a taskforce to monitor Brexit developments.

The final season of Game of Thrones – which is filmed in Northern Ireland – and The Open at Royal Portrush (pictured) will form part of its 2019 marketing campaign.

“It is important from our perspective that there’s certainty and some sort of a deal in place, but we just have to adapt our plans as time moves on,” Gibbons told the BBC.

“But certainly, if British people are to stay at home, it’s more likely, according to the research we have done, that Scotland, the Lake District and Cornwall are the places more likely to benefit.

“If people are feeling less certain then discretionary spend like tourism is generally the first part to get hit, so it’ll place Northern Ireland in a more vulnerable situation than other parts of the UK.”

Tourism Ireland plans to use the growth in hotel room numbers in Belfast and Londonderry as an opportunity to promote city breaks.