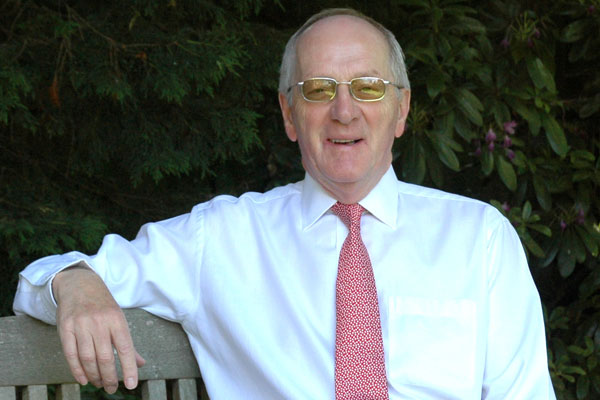 Operator is preparing to celebrate 30 years’ trading and to expand its portfolio. Juliet Dennis reports

Thirty years ago, John Dixon took the biggest risk of his career.

He remortgaged the home he shared with his wife and young son to stump up the cash to set up Prestige Holidays with three business partners.

“I’d been at Cadogan for around 18 years, David around 15 years, and we thought, why don’t we do this ourselves?” recalls Dixon. “I remember going to Madeira to tell hoteliers and one saying, ‘What the hell have you done now?!’”

Critical to Prestige’s early success was the relationships Dixon and his colleagues already enjoyed with hoteliers. These ties formed the foundations of the new business, plus new contracts, even prompting the Corinthia hotel group in Malta to invest. The hotel’s been a shareholder for 28 years.

To get the business off the ground, they bought three-branch travel agency Atkins Travel. “We wanted something with an income to keep us going,” says Dixon, who focused on establishing a programme to Malta, the Canaries and Madeira.

Trading started on January 9, 1989, and by the spring Prestige’s first brochures were out. In the first year, the company sold 800 holidays. “It was exciting but there were times when my wife Cheri, who worked in the business, also worked the whole weekend. I don’t think we even slept!” jokes Dixon.

Nevertheless, the trade had to be persuaded that the new boy on the block was worth a go.

He admits: “That was the difficult bit, impressing on agents we were a solid, experienced group of people who were really Cadogan under another name.”

The most significant milestone came in 2009, when Canada was introduced. Dixon remembers: “I had a phone call from an agent I’d known a long time. He introduced me to Denise Hunn, who had lived in Canada for 12 years and ran another Canada programme. Within 10 minutes of meeting her, my wife and I nodded at each other. She’s run our Canada programme ever since.

“Canada was way off what we’d done before and a substantial investment – but the best single decision I’ve made.”

Prestige’s Canada team now comprises 11 staff and the destination accounts for around 20% of the operator’s programme. Sales to Canada for the year to October 31 are up 12% compared with 2017. Currently, Canada sales are 26% up for 2019.

Expansion by means of hiring experienced staff became a cornerstone of the business. Next was Croatia, in 2011, after Dixon met destination expert Julia Berg. It is now Prestige’s biggest single destination. “My role is to see an opportunity and grab it. Croatia was not on my list,” Dixon says.

Other new destinations have included Sicily and Montenegro, in 2012, and Fuerteventura this year.

Now, 30 years on from the start, Prestige employs around 70 staff in the UK and overseas, and has a turnover of around £25 million.

Dixon puts its long-term success down to a sensible business approach. “We’ve never borrowed extensively, and there’s never been a row of BMWs in the car park,” he says. “In the good years profits have gone into the reserves. And we are still very old fashioned.”

The initial years were about survival, but the priority now is future-proofing. “We have to look at what is under pressure, and keep our house going,” he says.

While the business began life as a luxury operator, Dixon now calls it a specialist, boasting in-depth destination knowledge and a range of product, some of it three-star.

The specialist tag fits neatly with its increasing number of historical and cultural tours, escorted by university professors, experts and TV presenters such as Martin Bell, John Stapleton and Alex Polizzi.

It is a sector Prestige has earmarked for growth but, with so many operators competing, Dixon admits it has its work cut out. “We have something like 60 departures this coming year in our escorted tours programme – I just wish agents would give us a try.”

For 2019, to mark 30 years, Prestige is expanding again, this time with a tailor-made programme to Australia and New Zealand. As before, the decision followed a meeting with Australian expert Andrew Chapman, former marketing director at Austravel, and David Wickers, travel writer and co-founder of 101 Holidays, both external consultants to Prestige.

Given Europe has become a tough sell, Dixon believes the move makes sense. “Europe is becoming harder to sell because of high hotel rates and greedy hoteliers in the Canaries over recent years,” he says, having not ruled out other new destinations.

The trade remains hugely important, he says, although agent sales now account for 85% of sales, down from 100% when Prestige started.

To mark its anniversary, and to thank agents and suppliers for their support, Prestige will host a party for 180 people at London’s Corinthia Hotel in March.

For Dixon it will also be a time to take stock. At 76 he remains hands-on, although he allows himself a more flexible work-life balance. “I’m proud of what we’ve achieved,” he says.

“Also the fact that we have lasted as long as we have, and staff have stayed with us for a long time.”

There’s certainly no chance Dixon will rest on his laurels.