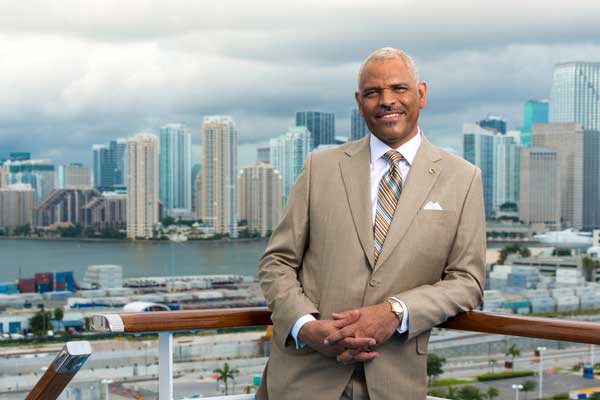 Forward bookings at Carnival Corporation are “considerably ahead” with prices in line with this time last year.

The 2019 outlook was issued as the cruise conglomerate reported that improved fourth quarter profits had topped off a record-breaking year.

“At this time, cumulative advance bookings for full year 2019 are considerably ahead of the prior year at prices that are in line with the prior year, the parent company of brands such as P&O Cruises, Cunard and Princess Cruises said.

“As a result, even with higher capacity, there is less inventory remaining for sale than at the same time last year.”

President and CEO Arnold Donald said: “Based on continued strength in underlying fundamentals, we are poised to deliver another year of strong revenue and earnings growth, with booking volumes running significantly ahead of our higher capacity growth and net revenue yields expected to exceed last year’s record levels.

“We remain committed to driving demand in excess of measured capacity growth to continue the momentum into 2019 and beyond.”

“In 2018, we grew net cruise revenue over five per cent, achieving the highest revenue yields in our company’s history and producing double-digit adjusted earnings growth despite a significant drag from fuel and currency.

“More importantly, we achieved double-digit return on invested capital in line with the target we established five years ago.

“I thank our 120,000 team members around the globe who encountered multiple headwinds and still delivered for our shareholders a more than doubling of return on invested capital in just five years, as well as our valued travel agent partners whose strong support enabled these record results.”