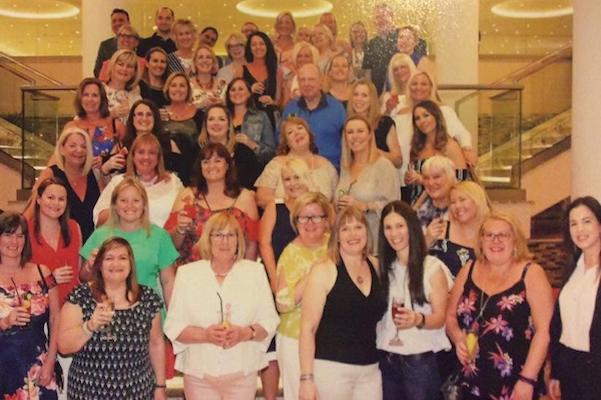 More than 40 members of staff at Designer Travel will embark on a weight loss challenge in the New Year to raise money for charity.

Co-founder Amanda Matthews said the agency will donate £1 for every pound in weight lost between January 1 and April 20 – the date of the agency’s conference.

She said the idea came following a trip to Madeira with top sellers which involved eating a great deal – so they pledged to lose weight.

Other colleagues said they wanted to join the initiative and the scheme evolved into a fundraising campaign.

A closed Facebook page has been set up so Matthews can help support the dieters, who include her co-founder Karen Pocock, those working in the Designer Travel agency in Ramsbottom and many in the team of 65 homeworkers.

She has asked for suggestions from customers via Facebook about which charities should be supported by the funds raised.

“We hope it’s a win-win for us, as we will be inspired to lose weight and we’ll raise money for charities supporting the homeless or those in need of food,” she said.

“We are lucky that we don’t have to worry about food.

“Collectively we may lose hundreds of pounds in weight so it will benefit a good cause.

“I feel like a slimming club leader on the closed Facebook page, as I am sharing recipes and motivational tips, such as ‘a moment on the lips, a lifetime on the hips’.”

Several suggestions about charities have been made on the agency’s public Facebook page and Matthews will decide in January which ones will receive the donations.