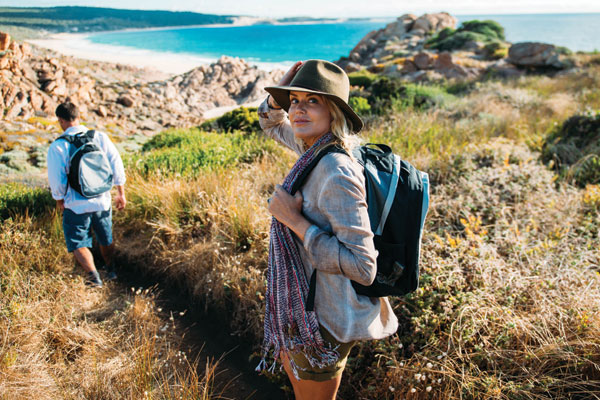 Sophie Kelk explores the best of the west by land and sea.

The huge creature looms ahead, two tonnes of body mass slowly cruising through the water towards me. There’s a flurry of movement and a stream of bubbles as I paddle away until suddenly, the water calms as the magnificent whale shark glides past, oblivious to the manic activity just seconds before.

I am in Western Australia, the huge, often-ignored state in Australia, home to the Ningaloo Reef, where these elusive whale sharks congregate between May and August every year.

Western Australia (WA) was first ‘found’ by Dutch explorers in the 17th century but, after suffering multiple shipwrecks along the rugged coastline, they quickly moved further east.

It wasn’t until the 19th century that Europeans colonised WA. The oldest building in the state – an old jail house – dates back to 1831.

Today, most of the population lives in the southwest, around and to the south of state capital Perth, leaving swathes of untouched wilderness. 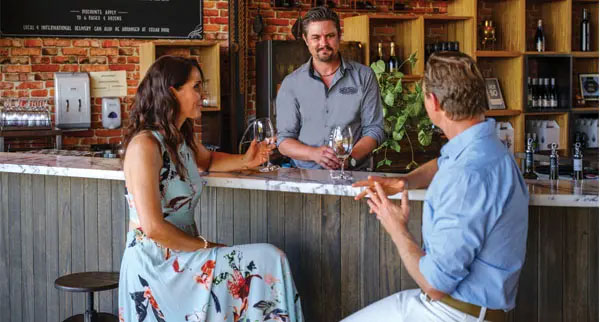 The Margaret River region, a three-hour drive south of Perth, is famous around the world for its top-notch cabernet sauvignon and chardonnay. A newcomer to the wine scene, it’s been producing commercial wines for only 50 years, and yet happily competes with many more established wine regions, and a few days exploring some of its 150 cellar doors would be well spent.

Most wineries will give visitors a complimentary taste of a selection of their wines and vintages, but for a behind-the-scenes tour (about £14), suggest Cape Mentelle Vineyards. They gave us a solid introduction to the art of making an award-winning wine, from choosing the best location for a particular vine, pruning and picking, through to pressing, mixing and ageing the wines.

“Stunning grounds surround this handsome building, which houses the cellar door, an art gallery, a restaurant, and The Vault.”

You can stay at Cape Mentelle for a food and wine pairing, but we moved on to Vasse Felix, the oldest winery in Margaret River. Stunning grounds surround this handsome building, which houses the cellar door (tastings are free), an art gallery that is home to rotating exhibitions, a restaurant, and The Vault, where row upon row of wines, some dating back to the 1970s, line the walls. The Cellar Experience, which gives access to The Vault, a taste of the vineyard’s vintage cabernet sauvignon and a three-course meal paired with wines, costs £133 per person.

To avoid the need for a designated driver, and still get to sample a selection of wineries, a brewery and a distillery, we opted to take a Bushtucker Tour from local operator Bushtucker River and Winery Tours. The complimentary pick-up and drop-off at our hotel were certainly necessary: after eight stops, including chocolate and cheese factories, driving home would not have been an option. Day tours start at £61.

Further inland, the colder climate around Pemberton makes this area better suited to growing pinot noir, riesling and chardonnay grapes. We spent a delightful afternoon at the Woodsmoke Estate and Jarrah Jacks brewery, sipping a glass of chilled white as the sun set over the picturesque vines. A final stop at Mountford Organic Winery offered an interesting insight into the growing trend for natural wines. 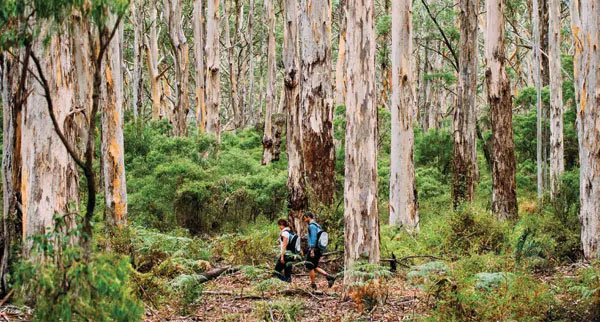 The mix of coastal and inland tracks in southwestern WA provides an almost unlimited number of options for hiking, regardless of your time frame or level of ability.

In Margaret River, the Cape to Cape hike hugs nearly 70 miles of rugged coastline from Cape Leeuwin to Cape Naturaliste, and can be walked as smaller sections if clients don’t fancy taking on the entire route. We spotted dolphins skimming through the waves just metres off the beach, and paused along the clifftop to watch whales and their calves out at sea, as the sun set over the water.

“We spotted dolphins skimming through the waves just metres off the beach, and paused along the clifftop to watch whales and their calves out at sea.”

For a change of scenery inland, the three-day walk from Pemberton to Northcliffe offers an opportunity to walk through the towering karri forest and past the famous Gloucester Tree, a 61-metre tree historically used as a fire lookout. You can climb all the way to the top, but for those without a head for heights, it’s still an impressive experience to try a few rungs.

The real holy grail for long-distance hikers here, though, is the Bibbulmun Track, which starts near Perth, winding its way through towering forests, quiet farmland and wild beaches before reaching Albany more than 600 miles later. The track is split into sections of varying lengths for those who don’t want to commit to 60 days of hiking.

If that’s too much of an undertaking, there’s the often-forgotten but far more manageable Bald Head Walking Track from Albany, which brings with it an opportunity to spot migrating humpback whales just off the south coast between June and October. 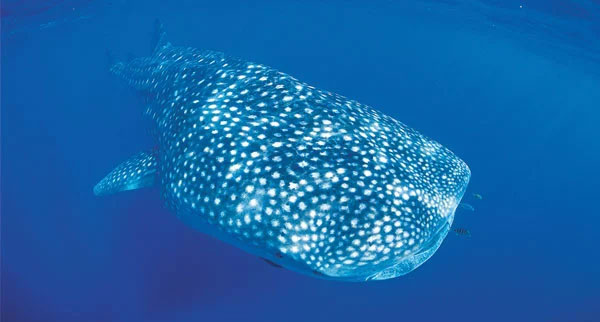 With more than 12,900 miles of coastline, there is plenty to do on and around the water, too. Down south, surfers flock to Dunsborough to enjoy the swell when the surf is ‘on’. Basing themselves in Yallingup, bare-footed, salty-haired locals prowl the coast to hunt out the best surf, so the best advice is to follow them to the hidden spots in the area. Sharks can be spotted here, but the risk is low provided you follow guidelines and safety notices.

Heading back north, Monkey Mia is famed for its wild dolphins, which live in the marine park and come in to the beach to feed in the mornings (an entry fee of £7 applies). From here, tour boats also take visitors out to see manatees and manta rays.

“A pair of goggles is all you need to float out, gaping at the electric blue shades of staghorn coral, coral trout, clown fish and reef sharks.”

The Ningaloo Reef is remarkably well preserved and a real hidden gem for snorkelling. Starting at Coral Bay, the reef lies metres off the beach; a pair of goggles is all you need to float out, gaping at the electric blue shades of staghorn coral, coral trout, clown fish, reef sharks and no end of other colourful sea life.

To spot or swim with the magnificent whale sharks, or indeed humpback whales, you’ll need to take an organised tour (trips with the Exmouth Diving Centre start at £221). The reef is highly regulated, and operators use spotter planes to ensure a high success rate of swimming alongside them without affecting their natural swimming patterns. We swam next to six different whale sharks, each for a few minutes at a time. Touching wasn’t allowed, but tours generally have an official photographer to record the special moment alongside these gentle giants – the perfect way to remember a trip to WA. 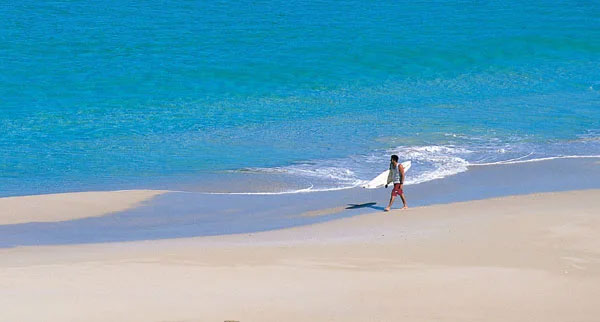 Walk Into Luxury offers walking trips along the Bibbulmun and Cape to Cape tracks with luxury accommodation at the end of the day. Prices start at about £1,379 for a four-day Bibbulmun Track Albany & Denmark Icons trip. The operator pays 10% commission.
walkintoluxury.com.au

Intrepid Travel has a 10-day Perth to Broome Overland trip that explores WA’s desert landscapes, national parks and spectacular Coral Coast. Prices start at £875 including four nights’ hostel and five nights’ camping accommodation, all meals, transport, most activities and a guide throughout. Flights are extra.
intrepidtravel.com/uk