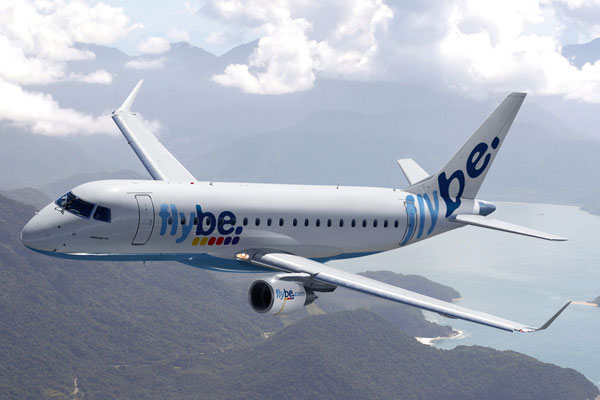 Flybe has agreed to sell a series of take off and landing slot at Gatwick to Spanish budget carrier Vueling for £4.5 million.

The announcement came after a deal to sell the UK regional airline to a consortium led by Virgin Atlantic and Stobart Group for £2.2 million was confirmed on Friday.

The slots are understood to relate to Flybe’s Gatwick-Newquay service which is being transferred to Heathrow in March.

International Airlines Group-owned Vueling will pay the funds in two tranches, being receivable in the next few days, Flybe said in a notice to the London stock exchange on Friday.

The remainder of the payment is due in June in respect of slots to be used during winter 2019-20 and subsequent winter seasons.

The deal came six years after Flybe sold 25 slots at Gatwick to easyJet for £20 million.

Meanwhile, the Mail on Sunday reported that a ‘Brexit clause’ has been included into the Flybe takeover agreement.

It reportedly states that the rescue is conditional on Flybe obtaining new operating licences and authorisations if they are lost as a result of the UK leaving the European Union.

Sources close to the deal described this outcome as unlikely but lawyers had insisted that the ‘Brexit clause’ be inserted into the agreement for Exeter-based Flybe which put itself up for sale in November amid a profit warning.