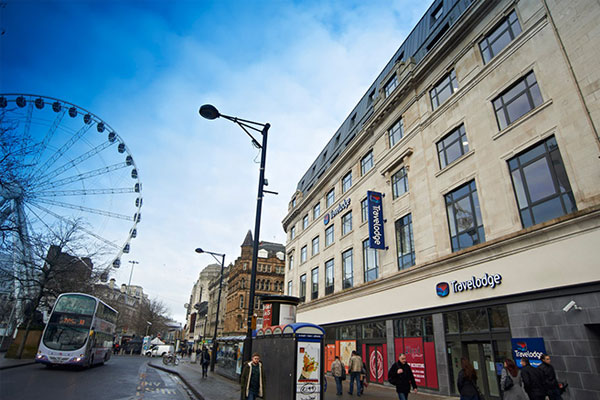 A flexible employment scheme aimed at getting mothers and fathers back to work is being introduced by Travelodge as it prepares for post-Brexit Britain.

The budget chain is offering jobs with hours that fit around the school run, a work buddy and access to management training.

The initiative is designed to help attract some of the UK’s two million-plus unemployed parents into hospitality, as part of plans to open 100 hotels over the next five years, which will create up to 3,000 new jobs.

Jobs will be available across the company’s hotels and head office – including roles in reception, restaurants, housekeeping as well as flexible hours in head office roles.

Roles across the company’s 558 UK hotels, new hotel openings and at head office are being offered.

Travelodge issued a five-step path to help parents back to work:

1. Careers advice on its website to help mothers and fathers return to work
2. Flexible working hours to suit family life
3. Full range of company benefits including discounted hotel stays
4. Comprehensive training and a work buddy to help get up to speed
5. Opportunity to join the Travelodge Aspire management programme

The plan comes as a YouGov poll for the group revealed that 86% of unemployed parents would like to return to work. But 59% said the scarcity of jobs with flexibility around the school run was the biggest challenge to finding work.

Six out of ten (61%) of unemployed parents have lost their confidence while staying at home to raise a family and are apprehensive of returning to work.

More than a quarter (26%) want to work because they miss adult conversation.

Nearly seven out of ten (67%) of unemployed parents would appreciate the opportunity to climb the career ladder while raising their family.

Chief executive Peter Gowers said: “Travelodge is growing quickly and we want to unlock the potential of Britain’s mums and dads as they return to work.
“Hospitality can offer a great career for parents, with jobs close to home, hours that can match the school run, benefits that suit families and a path into management.”

“We are preparing in earnest for post-Brexit Britain. With thousands of new jobs to fill, we need more new colleagues than ever. We see vast untapped potential in parents who want to return to work.

“YouGov research shows that many parents want to get back into a job, especially one that can lead to a career, and the first step is often the hardest.

“We’ve based our new programme on making it easier than ever for mums and dads to work around the school run and climb the career ladder whilst raising their family.”

Employment minister Alok Sharma added: “These are the type of flexible work opportunities parents up and down the country will welcome, which fit around their family responsibilities.

“With record numbers in work and unemployment at a 40-year low, big employers need to follow Travelodge’s example if they want to fill vacancies.”