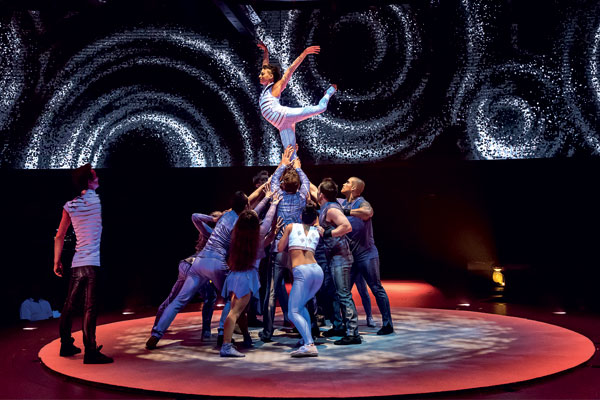 Kelly Ranson goes behind the scenes with Cirque du Soleil before they take to the stage with MSC Cruises.

In just a matter of weeks, the curtain will rise on the new Cirque du Soleil shows on MSC Cruises’ MSC Bellissima.

While passengers will see the finished product on stage, there’s a lot more that goes into producing a show of this scale. Travel Weekly took a peek at the rehearsals to see what goes on behind the scenes.

Where are the magic beans

Arriving at Cirque du Soleil’s headquarters in Montreal, you know you’re in for something special.

There’s a giant shoe sculpture outside, a cinema-style popcorn vendor serving staff snacks, and a conference room with floor-to-ceiling glass windows looking onto a practice area full of acrobats.

But this, it seems, is just a day in the life of working at Cirque du Soleil.

MSC Cruises’ partnership with Cirque du Soleil began in 2013 and the cruise line launched its first two exclusive shows, Viaggio and Sonor, on MSC Meraviglia in 2017.

Fast forward to 2019 and the next two shows, Syma and Varelia, are in the final rehearsal stages before Bellissima’s inaugural sailing on March 4.

So what goes into the making of a Cirque du Soleil show? Well, for starters, the creative process begins about eight months earlier, when the team starts brainstorming ideas. 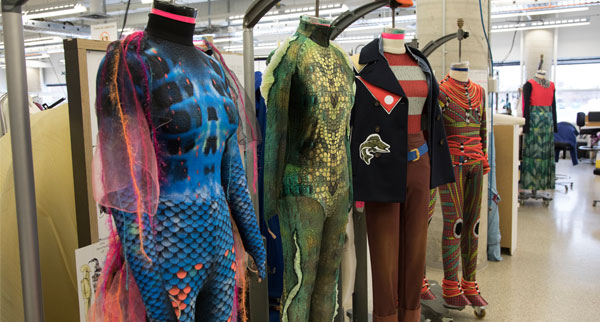 Yasmine Khalil, chief executive producer of Cirque du Soleil, says: “A passenger will be able to watch two shows and have two very different experiences. During the planning, it is about understanding the mindset of the passenger. We have to think about their attention span after a day at sea or on shore exploring.”

Once the planning is under way, the magic starts to come alive. The chosen performers spent two weeks in Montreal in November to, quite literally, learn the ropes, before boarding the ship this month for final rehearsals.

“The performers sign up for six months at sea initially, and once on board there is a therapist to care for any injuries.”

The team of 27 includes 16 performers – most with a circus background – from nine countries including Argentina, Ethiopia, Finland and the Philippines. The performers sign up for six months at sea initially, and once on board there is a therapist to care for any injuries. Diets are specially catered to take account of the energy used in each performance.

Casting directors search far and wide for the right acts; for example, for the Beatles LOVE show, they discovered a man on a remote African island who was known for his intricate dancing – he now performs daily in Las Vegas! 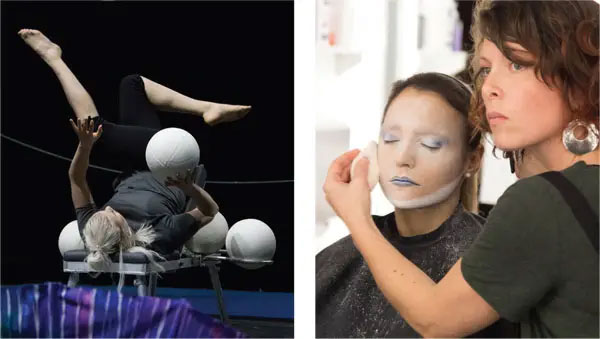 All land-based rehearsals take place in huge, industrial-style training rooms. Watching the performers juggle tyres with their feet, dance elegantly while attached to a bungee and walk a tightrope while balancing a ladder, is awe-inspiring (and exhausting!).

Away from the studio, there’s a lot of work to do to get show-ready.

“Watching the performers juggle tyres with their feet, dance elegantly while attached to a bungee and walk a tightrope, is awe-inspiring.”

Before being sent away to sea with their own makeup kit, they take time out of rehearsals to practise alongside the professionals. But it’s no easy ttask – for the MSC shows, there are about 18 steps to each finished face, and the performers have to ensure the makeup will stay on for six hours.

When it comes to costumes, the attention to detail is second to none. Hundreds of artisans work tirelessly to craft individual designs, which are printed onto Lycra outfits that are breathable and easy to wear. It takes about three months from inspiration to finished piece. Even the shoes are made from scratch, with individual moulds for each artist. Many costumes and props are now made using 3D printers and scanners. 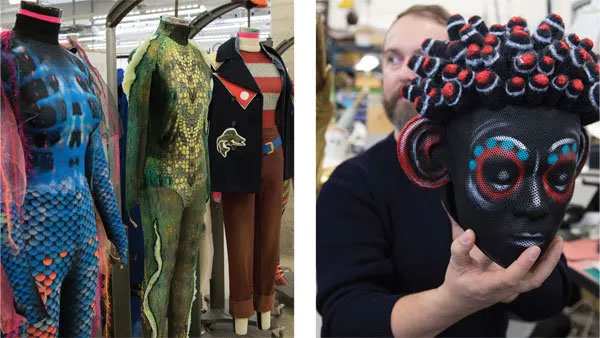 Each show is 40 minutes long and will be performed twice a day, six times a week, with Syma and Varelia running on alternate days throughout a week-long cruise.

The venue is the 400-seater Carousel Lounge, which has been purpose-built at the aft of the ship. Costing an impressive €20 million, the lounge features a 360-degree rotating stage and a 40-metre-long LED screen. If the waves are particularly rough, the show won’t go ahead, but the staging and choreography have been designed to cope with movements at sea.

Creative director Daniel Poulin says: “It’s all about the intimacy of the stage. This is something we don’t usually have with our bigger venues, but it was key to the choices we made for the MSC ships.”

Here’s what guests can expect. Syma tells the tale of a young sailor who braves the elements to discover a secret island full of surreal and colourful characters such as mermaids, a chief and the ‘strange one’. The show features five acrobatic acts including a flying pole, foot juggling and bungee dancing, a first for Cirque du Soleil.

In true Cirque du Soleil style, the costumes are made up of flamboyant colours, while the props include a custom-made pyramid that is cleverly used in all scenes. 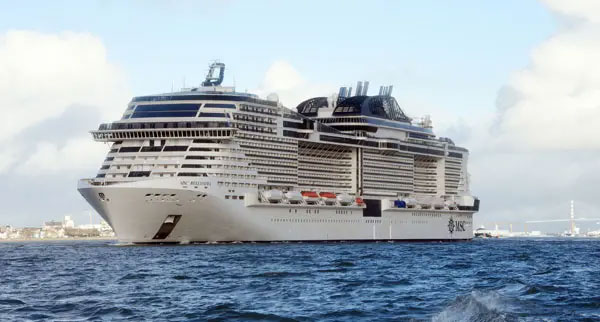 In contrast, Varelia is all about the effects: lights and lasers are used to transform the theatre with graphics, illusions and even roller skating.

The story follows a damsel in distress theme, with twists along the way. The directors describe it as “a medieval tale taking place in the future” with messages of love and inclusion.

“Varelia is all about the effects: lights and lasers are used to transform the theatre with graphics, illusions and even roller skating.”

The plot goes like this: the princess, Varelia, has been rejected for being purple and is subsequently captured by a villain, Mr Pouprier, who has an obsession with all things purple. A blind hero, along with his raccoon sidekick, sets out to fight the villain and rescue the princess in a dramatic ending.

The line’s next two ships – MSC Grandiosa, which launches in November, and MSC Virtuosa in October 2020 – will each host two new Cirque du Soleil shows.

Cruising back to the 80s with an at-sea music festival
Celebrity speakers and special guests on cruise ships in 2020
Cruise shows: The best entertainment at sea