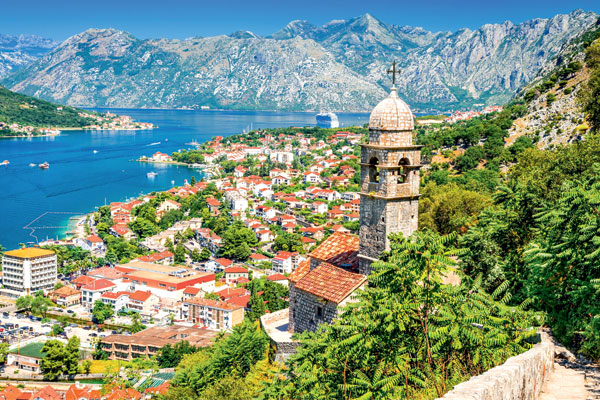 From old-town charm to new high-end hotels, Kotor is coming up in the world, finds Kelly Ranson.

For many, the old town of Kotor epitomises what it is to be an ancient walled city. Steeped in rich history, it’s a labyrinth of narrow streets and medieval houses, dotted with grand churches and quaint squares where the famed local cats laze in the shadows, out of the beating sunshine.

While it is growing in popularity as a Mediterranean getaway, Kotor is still relatively undiscovered and certainly doesn’t feel nearly as busy as its larger Croatian counterpart, Dubrovnik, just 55 miles north along the Adriatic coast.

But the city is small enough to explore in a day or so, making it the perfect base for touring the beautiful nearby bays and attractions.

Nearly 9,000 British tourists visited Kotor in 2018, not counting those arriving by cruise ship, and the number is increasing thanks to growth in infrastructure and direct flights from London or Manchester with easyJet and Montenegro Airlines to Tivat, which is just 20 minutes’ drive from the centre of Kotor.

Chris Rand, sales and marketing manager for Balkan Holidays, says: “Montenegro is deservedly becoming one of the fastest-growing tourist destinations in Europe, as ongoing investment in the tourism infrastructure has led to new hotels opening, quality restaurants and shops.” 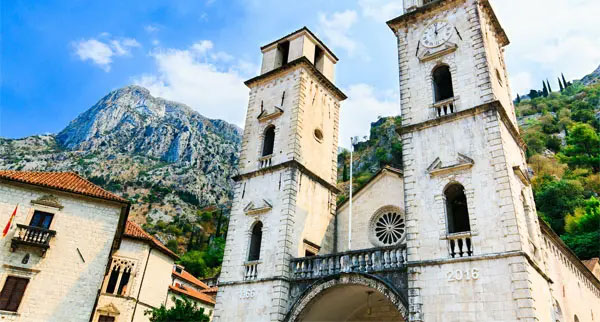 On arrival in Kotor’s old town, it’s hard to miss the Cathedral of Saint Tryphon, which overlooks one of the majestic squares. Originally built in the 12th century, it’s easily one of Kotor’s most impressive buildings. For those looking to stretch their legs, climbing the city walls’ 1,000 steps is the perfect way to get one of the best vistas over Kotor, plus the Castle of San Giovanni awaits at the top.

Just 15 minutes around the bay from Kotor is Perast. With echoes of Venetian-style glamour, this tiny old town offers spectacular views of the lush green mountains surrounding the calm waters of Kotor Bay.

Visitors can take a short boat ride in the bay to Our Lady of the Rocks, an artificial island that houses a pretty 17th-century church.

“Tara Canyon is ideal for rafting, while adrenaline seekers can zipline over the longest and deepest gorge in Europe.”

Away from the towns, Montenegro’s mountainous landscape lends itself to clients seeking soft adventure and outdoor activities. Many of the country’s natural treasures can be easily reached as part of a day trip from Kotor.

Montenegro has five national parks, including Lovcen National Park, just an hour and a half from Kotor along a wonderfully scenic drive with views across the bay. The park is a hiker’s paradise, with plenty of walking trails.

Tara Canyon is ideal for rafting, while adrenaline seekers can zipline over the longest and deepest gorge in Europe. The country is also home to Lake Skadar, which takes the title of the largest lake in southern Europe. 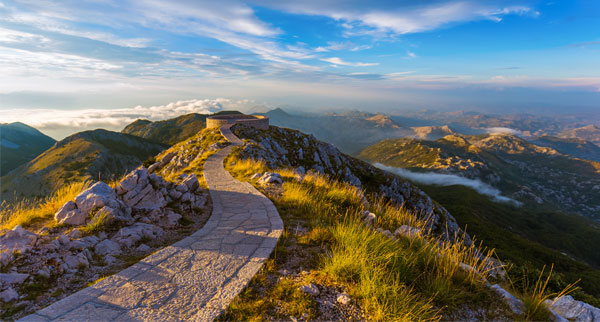 Staying on the Bay of Kotor, with views across its stunning landscapes, can’t be beaten, and the new five-star Iberostar Grand Perast has a prime location. Perched on the waterfront facing Our Lady of the Rocks, the property – a former stately home dating back to the 18th century – has just 48 rooms, spa facilities and two restaurants. Rooms start from around £160 a night.

The Balkan country is upping its game in terms of luxury too. The glitzy Porto Montenegro could give Monaco a run for its money, judging by the number of superyachts in port.

Alongside designer boutiques, cafes and restaurants, the marina is home to the Regent Porto Montenegro hotel, whose 149 rooms are spread across two wings and boast views across the bay. Prices are from £140 a night.

“The glitzy Porto Montenegro could give Monaco a run for its money, judging by the number of superyachts in port.”

Kuoni’s senior product and purchasing manager, Sheena Paton, says: “There has been development in the luxury hotel sector around Porto Montenegro. With access by boat to a fantastic beach across the bay, a cool yacht club adjacent to the hotel, and extensive designer shopping steps away, the Regent Porto Montenegro offers luxury accommodation just a few minutes’ drive from Tivat airport.”

For a unique and exclusive hideaway, look no further than the Aman Sveti Stefan, located on its own island south of the resort town of Budva. This luxury property comprises 58 rooms and cottages overlooking the Adriatic. With rooms from around £700 a night, it may carry a hefty price tag, but this is the one to pick for clients seeking that once-in-a-lifetime stay.

To add to the mix, the recently opened 110-room Chedi Lustica Bay (rooms from £160 a night) is part of a new development of hotels and residences and is just a short jaunt from Kotor. Another highly anticipated opening this year is the One&Only Portonovi, which is set to become the chain’s first resort in Europe. The 121-room property is on the west side of Kotor Bay, just an hour’s drive from Dubrovnik. 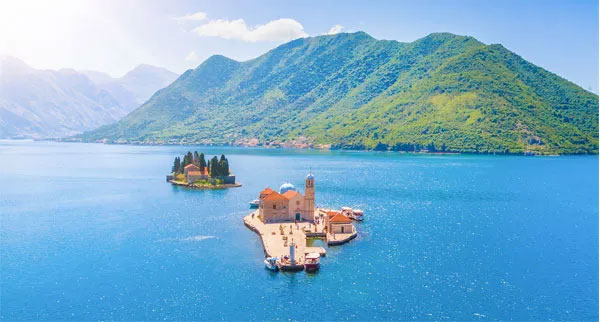 With neighbours including Croatia, Albania, and Bosnia and Herzegovina, there are multiple options for extending a stay along the Adriatic coastline, taking in plenty more Balkan delights.

The ‘Pearl of the Adriatic’, Dubrovnik, is easily accessible, less than a two-hour drive from Kotor and ideal for those looking for even more old-city charm.

“Wander through Mostar’s cobbled walkways to see traditional homes, shop in the bazaars.”

One place worth venturing inland for is Mostar, in Bosnia and Herzegovina. Clients will feel like they have stepped back in time when visiting the Unesco World Heritage Site of Stari Most, or Mostar Bridge, which was destroyed during the conflicts of 1993 but has since been rebuilt.

Tourists can wander through Mostar’s cobbled walkways to see traditional homes, shop in the bazaars and sip Bosnian coffee in riverside cafes. 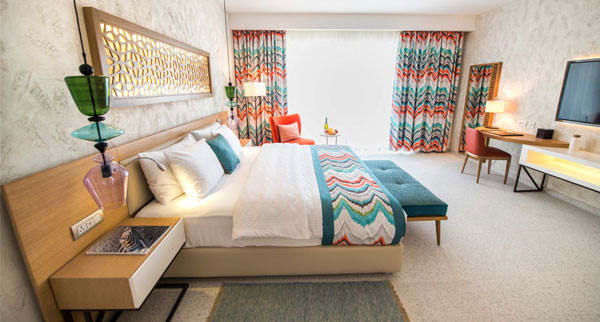 Kuoni offers seven nights at Regent Porto Montenegro in a deluxe room including breakfast from £1,079 per person. The price includes Gatwick flights and resort transfers, based on departures in May.
kuoni.co.uk

Balkan Holidays offers seven nights at the Hotel Tara in Becici (around 30 minutes from Kotor and Tivat airport) on a half-board basis from £499 per person. The price includes flights from Gatwick and resort transfers.
balkanholidays.co.uk/agents