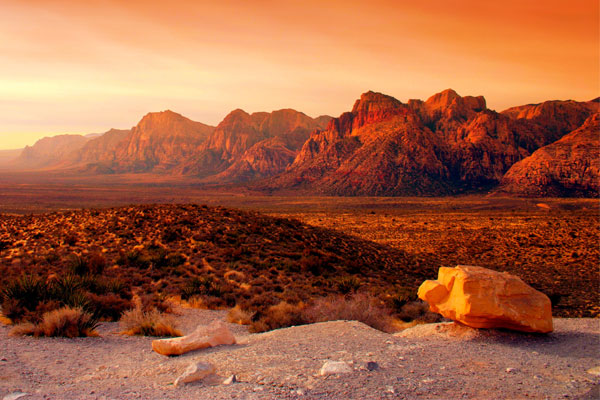 David Whitley skips the Strip in search of adventures through Nevada’s neighbouring states.

Las Vegas is a genuine one-off. Nowhere matches it for scale or spectacle. The city of giant casino resorts, blockbuster shows and any activity you can think to shake a stick at is justifiably a major holiday destination in its own right.

But with numerous flight routes from the UK, and plenty to do beyond the bright lights of the Strip, Vegas tends to be surprisingly undersold as a gateway to the US. Yet it’s incredibly well positioned for exploring the rugged canyons, spectacular deserts and national parks of the American west.

Harness the city’s potential as a hub, and the whole complexion of a break changes – clubs, pool parties and artificial absurdity can be mixed in with all things outdoorsy, epic and historic.

Red Rock Canyon provides a handy reminder of what Las Vegas was built on: desert. Just 17 miles west of the Las Vegas Strip, saw-toothed peaks jut upwards, fiery red colours betray the presence of iron in the rock beds that were once on the sea floor, and slowly eroding chunks of the mountainsides look as if they’re ready to break away and stand alone as finger-like towers.

“There are giant purple swirls in the rocks, big-horned sheep clambering over the mountainsides and mysterious red handprints on the rocks.”

It is possible to hike around it, but for those who want the fun and a little less of the hard work, e-bikes are an excellent option. Red E Bike Tours sells fully guided itineraries around the canyon on locally made bikes designed specifically for the terrain, with hydraulic brakes and pedal-assist technology. They also have speedometers to show just how fast you’re going, and on some of the downhill freewheels you can push it wonderfully close to the park’s vehicle speed limit of 35mph.

It’s a series of canyons, rather than one, with a loop road running through them, which makes for a different look in each section. At Willow Springs, for example, there are giant purple swirls in the rocks, big-horned sheep clambering over the mountainsides and mysterious red handprints on the rocks, thought to be from a tribe that lived there 2,000 years ago. The highway near the end of the route, however, has a thoroughly different vibe, with an epic panorama of unsullied blue sky flanked by rising sandstone. 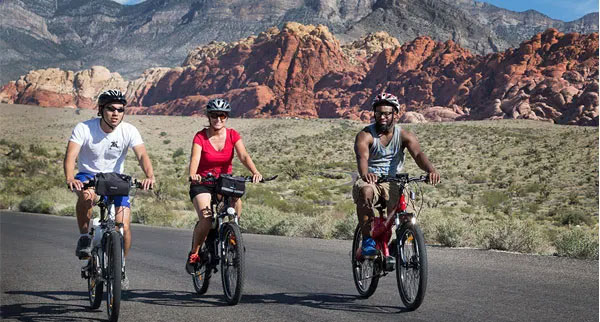 Considerably more claustrophobic is the Techatticup Mine in the southwestern corner of Nevada. This harks back to the gold rush days in the Eldorado Canyon back in the mid-19th century. There are still gold deposits within the mine, but at present it’s too expensive to extract them. So the mine, and the surrounding settlement, have been turned into a tourist attraction. The place’s wild-west look makes it popular for filming movies and album cover shoots.

There’s an agreeable weirdness to it – the original general store is full of stuffed animal heads and life-sized alien models – while tours through the three miles of cramped tunnels inside the mine are packed with grim and gruesome stories. These include those of donkeys who were hog-tied, put into leather bags and then lowered down into the mine, and a man who died after an explosion sent an iron peg through his head. It may not come as a surprise to learn that the mine is supposedly haunted.

“There are still gold deposits within the mine, but at present it’s too expensive to extract them.”

But southwest Nevada can do arty as well as spooky. The dusty crater of the Jean Dry Lake has been turned into a giant installation by Swiss artist Ugo Rondinone. Among the bone-dry mountains, ferocious heat and joshua trees, he has carefully balanced towers of painted limestone boulders, known as the Seven Magic Mountains.

The bright pinks, yellows and oranges look as if someone has been let loose with a giant fluorescent marker pen, and give the impression of being somewhat psychedelic cairns. The jolting juxtaposition with the surrounding landscape certainly makes them memorable. 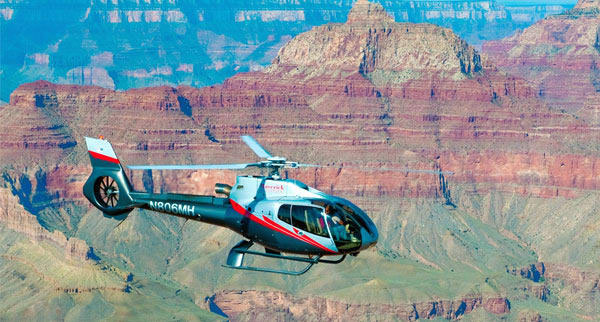 It generally takes three hours to drive from Las Vegas to the Grand Canyon – and a coach trip makes for a long and wearying day. So the most spectacular way to visit is by helicopter. Maverick Helicopters has a fleet that takes off over Vegas, checking out the super-sized resorts from above, before flying out over the parched desert.

The stark mountain ranges make for spectacular viewing, as does the deep blue of Lake Mead, an artificial lake that spills into craggy mini-gorges. It was created by the Hoover Dam, which blocked the Colorado River on the Nevada-Arizona border.

Only a 45-minute drive from Vegas, the dam is worth a separate visit. It’s an extraordinary feat of engineering – go inside to learn about the history and how it works, or view from outside to enjoy the wow factor of this colossal slab of concrete plugging a canyon.

The helicopter flight passes hiking trails, dry river beds and wild populations of horses and cows that are descended from those turned loose by their owners. It then heads into the Grand Canyon itself to park up next to the Colorado River. Here, the intimidating three-quarter-mile-high canyon walls are lined with layers of sand and sediment, while smaller canyons branch off from them. It’s not just one long canyon – it’s a system of them. 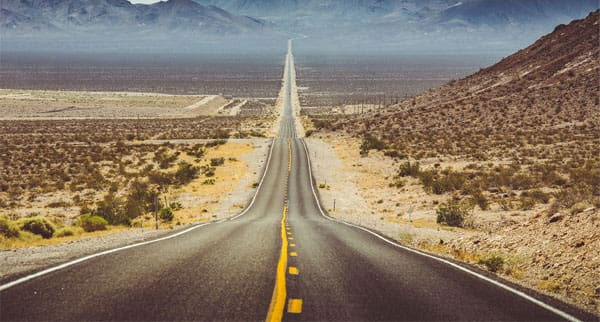 Drive northeast from Vegas for just over two-and-a-half hours, and you’ll hit one of the true stars of the country’s national parks system. Zion National Park is the first in a string across southern Utah, and it’s a magnificent place, full of sheer red rock cliffs and weird monoliths.

The drive through Zion Canyon, which winds along the Virgin River, is the activity that most visitors take on, but the park is large and there are several quieter areas. Lots of hiking trails – some along the canyon floor, some climbing to the exposed rim – have their trailheads on the Zion Canyon Scenic Drive. The easy ones head to the spring-fed pools and mini-waterfalls of Emerald Pools.

For those who want to go further into Utah, several operators run multi-day tours from Vegas that take in Bryce Canyon and Arches National Park, before returning via Monument Valley and the Grand Canyon in Arizona. 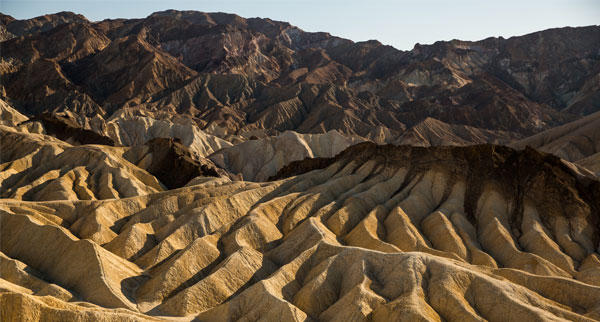 Death Valley – a name not exactly acquired by accident – is a couple of hours’ drive west into California, and it provides a very different take on the Golden State from the usual images of beaches and wineries.

There’s a surprising amount to see there, although expect it to get ferociously hot while doing so. Canyons, lookouts with top-drawer views (check out Zabriskie Point and Dante’s View, in particular) and scenic drives past multi-coloured rocks are the order of the day.

“For a real challenge, have a go at climbing 3,666m Telescope Peak, which can have snow at the top until June.”

Other highlights include the Goldwell Open Air Museum, which is full of bizarre sculptures; Ubehebe Crater, which hints at past volcanic activity; and the Mesquite Flat Sand Dunes which are both giant and incredibly photogenic, particularly in the soft, late-afternoon light. For a real challenge, have a go at climbing 3,666m Telescope Peak, which can have snow at the top until June.