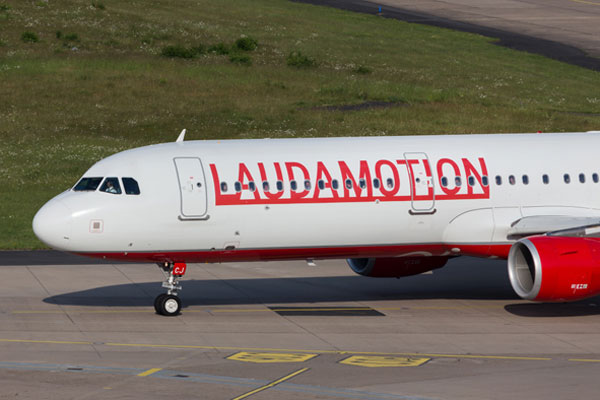 Laudamotion will operate 25 aircraft this summer, up from 19 last year, as it aims to raise increase passenger numbers by 50% to six million by March next year.

The carrier will double its Vienna-based fleet to eight aircraft this summer and increase the fleet to 11 for winter 2018-19, with additions also at its bases in Dusseldorf, Stuttgart and Palma.

Ryanair acquired 75% of Laudamotion last year with a view to completing a full acquisition in early 2019.

The carrier, formerly named Niki, emerged in January last year from the bankruptcy of Air Berlin which acquired the Austrian carrier in 2011.

Ryanair revealed start-up losses of “approximately €150 million” for Laudamotion which it sees as a gateway to Europe’s German-speaking markets where it competes with Lufthansa subsidiary Eurowings and with easyJet.

Lufthansa acquired much of Air Berlin’s fleet while easyJet took over Air Berlin’s base at Berlin Tegel airport.

EasyJet has established a large Austria-based operation with a fleet of 130 aircraft as part of its preparations for Brexit.

Laudamotion chief executive Andreas Gruber said: “Laudamotion is set to grow strongly over the next three years to carry 10 million passengers a year.”

“As other airlines falter, close bases or put themselves up for sale, we are inundated with applications from pilots and cabin crew as we embark on growth, not just in Austria and Germany, but in other countries.”

He said Laudamotion aims to become Austria’s number-two carrier, adding: “We hope to announce at least one new base in winter 2019, which will be outside Austria and Germany.

“There are a number of airports in central and western Europe pitching to win this business.”