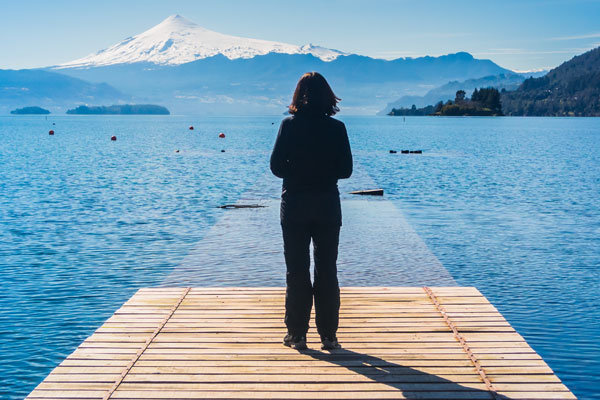 Sarah Gilbert gets off the beaten track in three underrated areas of Chile.

From the lunar landscapes of the Atacama Desert to the rugged peaks of Patagonia, Chile is one of the most geographically diverse countries on the planet, and now other regions are opening up to adventurous travellers.

If your clients are looking for somewhere to get off the beaten track in this long, thin country, here’s a taste of some of the adventures that await.

“Chile is one of the most geographically diverse countries on the planet, and now other regions are opening up to adventurous travellers.”

Around 500 miles south of Santiago, Pucón – whose closest airport is Temuco, just a 60-minute flight from the capital – is the epicentre of the northern lakes, with a stunning setting on the shores of Lake Villarrica.

It has developed into a year‑round destination for adventure lovers. You can climb up – or ski and snowboard down – the still‑smoking Villarrica Volcano, raft the Trancura River’s fast‑flowing rapids, kayak across mirror-still lakes and hike through the lush forests of Huerquehue National Park, before easing weary muscles in the region’s hot springs. 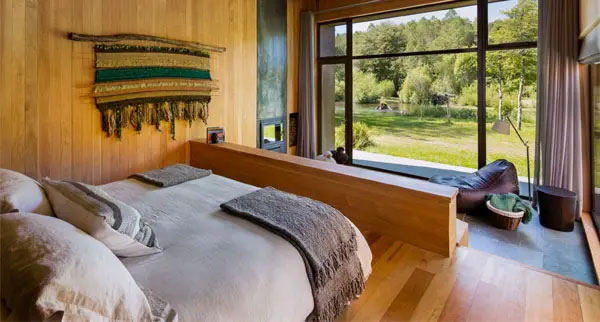 Now operator &Beyond has brought its African know-how and conservation ethos to its first Latin American lodge, a 20-minute drive from the lake shore. The Hacienda Hotel Vira Vira – star of the BBC’s Life Beyond the Lobby – reopened as &Beyond Vira Vira last September with doubles from $525 per person half board and $685 on an all‑inclusive basis, including most excursions and drinks.

Surrounded by wild nature, the 18 suites and riverside villas mix golden wood and indigenous Mapuche artefacts to great effect. The farm-to-fork dining makes the most of produce from its organic garden and homebred livestock, and there’s a huge range of activities on offer, from helicopter flights over Villarrica Volcano, to hiking, horse riding and meeting local weavers.

Southwest of the Lake District lies the wild and isolated archipelago of Chiloé, a land of myths and legends, bucolic green landscapes and hardy farmers and fishermen.

“The farm-to-fork dining makes the most of produce from its organic garden and homebred livestock.”

Until recently, it could be reached only by a 30-minute ferry ride across the Chacao Channel, but now Latam Airlines flies from Santiago five times a week to Castro’s Mocopulli airport, while the long-delayed – and controversial – Chacao Bridge project, which will provide a road link to the mainland, is slated to be completed by 2023. 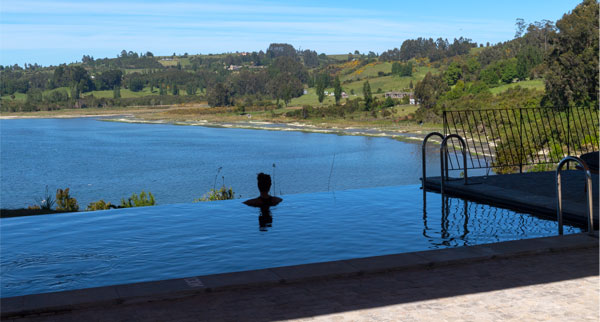 Hike through the forests of Chiloé National Park, where the fauna includes the shy pudú, the world’s smallest deer, or visit Magellanic and Humboldt penguin colonies.

Ride a horse across deserted beaches, dip into some of the 70 Unesco World Heritage-listed wooden churches, and discover villages of colourful wooden stilt houses.

“The interiors echo its colours and crafts, with hand-loomed rugs, cowhide cushions and honey-coloured wood.”

Tierra Chiloé is a head-turning boutique hotel with a contemporary take on Chiloé’s stilt-and-shingle houses. Overlooking a bird-filled bay, the interiors echo its colours and crafts, with hand-loomed rugs, cowhide cushions and honey-coloured wood. The chef is equally inspired by the island’s bountiful produce, serving up a gourmet take on local dishes.

Like its sister hotels in Atacama and Patagonia, Tierra offers excursions that get guests off the beaten track, meeting the friendly locals while hiking, biking, kayaking and sailing.Rates start at $1,173 inclusive of excursions, meals, drinks and transfers. 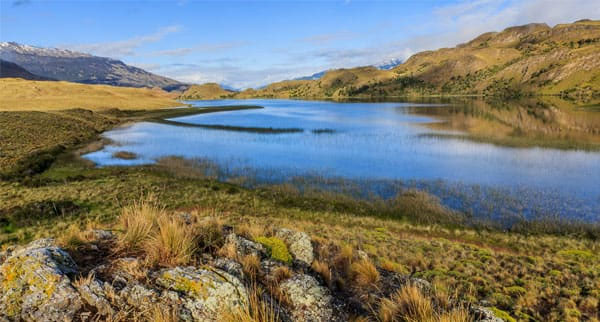 Now it’s becoming more accessible, with flights to Balmaceda (just over two hours from Santiago) and ferries from Puerto Montt. And for the ultimate Chilean road trip, visitors can self-drive along the scenic Carretera Austral or Southern Highway, which stretches for around 770 miles from Puerto Montt to Villa O’Higgins.

“The park has a network of world-class hiking trails along with simple campsites and the luxurious Lodge at Valle Chacabuco.”

Around five hours south of Balmaceda is Chile Chico and Lago General Carrera, South America’s second-biggest lake, where more lodges and hotels are springing up to suit all budgets, offering hiking, fishing and glacier treks amid spectacular scenery.

Another four hours south is Patagonia Park, a biodiversity hotspot tucked between two national reserves. Conservación Patagónica bought up vast ranches and began an enormous rewilding and habitat restoration project. Now the park has a network of world-class hiking trails along with simple campsites and the luxurious Lodge at Valle Chacabuco (doubles from $500 B&B).

Book it: Journey Latin America offers an eight-night, bespoke tour of Chile from £4,791, including flights from Heathrow, full-board accommodation in first-class hotels such as Tierra Chiloé and &Beyond Vira Vira, transport and guided excursions.
journeylatinamerica.co.uk

“For clients in search of pristine wilderness, crowd-free areas of staggering natural beauty are opening up to tourism, with much-improved transport and accommodation. The opening of Tierra Chiloé has meant this small archipelago now features on many first-class itineraries, and we’re seeing a new generation of boutique hotels opening up in traditional island houses, such as Sizigia on Castro.For visitors who want to see the wilds of Patagonia in style, the new Futangue Hotel & Spa is set on a private reserve on the shores of Lago Ranco, with jaw‑dropping views over Puyehue National Park.”
Laura Rendell-Dunn, destination specialist, Journey Latin America

How to spend 48 hours in Peru’s capital, Lima
Cruise adventure through Costa Rica and Panama
Exploring the natural beauty of Nicaragua