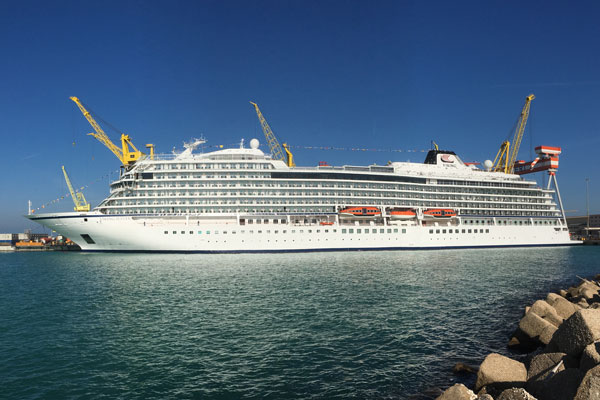 Viking Cruises’ latest ocean vessel has been delivered by Fincantieri.

The 47,800 gross ton Viking Jupiter ship, the sixth vessel which Fincantieri has built for the line, can accommodate 930 passengers.

All the staterooms have been fitted with verandas on the ship which has two pools, a spa and a thermal suite filled with man-made snow.

Fincantieri started its shipbuilding partnership with Viking in 2012.

The partnership began with the order of two ships.

In addition to Viking Jupiter,  Viking Sea, Viking Sky, Viking Sun, and Viking Orion, were handed over in 2016, 2017 and 2018 by Fincantieri’s Ancona shipbuilding yard.

Fincantieri claims that the total order, which consists of 16 units, plus options, is the largest agreement between a shipbuilder and a cruise line in history.