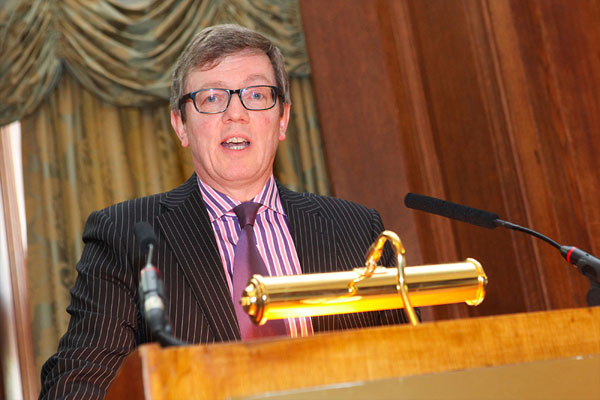 Imagine a landlord tells the authorities he has spent many millions building a five-storey, gold-plated store on Bond Street.

He is worried his investment might not pay off unless his merchandise suppliers can be prevented by law from undercutting his chosen mark-up.

Otherwise, he says, they could ‘free ride’ at his expense, gaining promotion in his Bond Street windows after which shoppers could buy direct from the producer without the Mayfair mark-up.

The landlord (a US billionaire) asks the UK competition authorities to allow him to prevent his suppliers undercutting him. Shoppers must pay his Mayfair mark-up, even if they buy direct from the maker and not at the Bond Street shop.

Ridiculous? Not in the world of online travel agencies (OTAs).

These global giants (including Booking.com, worth $88 billion, and Expedia, worth $22 billion) have used this ‘free riding’ argument to convince the UK competition authority, the CMA, that their restrictive ‘rate parity’ clauses on hotels and B&Bs are justified and therefore legal.

The OTAs put rate parity clauses (in competition law jargon, ‘narrow MFNs’) into their contracts with B&Bs and hotels to prevent accommodation owners from discounting their own prices to their own customers on their own websites.

They demand a certain commission level (typically between 15% and 25%) and insist the B&B or hotel must charge the full, commission-inclusive price to customers on the B&B’s or hotel’s own website – even when no commission is payable, for example, when a guest books a B&B direct from the B&B’s own website.

The CMA recognises that ‘rate parity’ clauses are a restrictive practice, alien to most of today’s commercial world. ‘Retail price maintenance’ was outlawed in Britain in 1964 as against the public interest.

Yet so far, the CMA has accepted the OTAs’ ‘free riding’ argument, justifying their restrictive practice.

OTAs say the millions they spend on websites, apps, brands and advertising might not be viable if the merchandise producers (i.e. accommodation owners) were allowed to undercut the prices which include their hefty mark-ups to pay for that gold-plated, virtual storefront.

That would be ‘free riding’, they say. They insist they must be allowed to keep online prices high.

Common sense would suggest our fictional landlord with his Bond Street store would be sent packing by the authorities.

Their answer would be simple: ‘no, you can’t prevent the merchandise producers from selling elsewhere for less.

‘No, you can’t drive up the prices shoppers pay by forcing manufacturers to price in your Mayfair mark-up.

‘No, you can’t expect the legal system to underwrite what you have chosen to spend on your shop windows.

‘If you chose to build that shop, that was your free choice and whether it is viable depends on the marketplace. If it isn’t, you go bust.’ That is free competition in a free market.

We raised five formal complaints with the CMA back in July 2017. We are absolutely delighted that last week they took action to ban a raft of the misleading and abusive practices we highlighted.

However, one of those complaints is still outstanding. We asked the CMA to ban ‘rate parity’ clauses here in the UK, as they have been in France, Italy, Austria and Germany.

We now repeat our call to the CMA to finally reject the OTAs’ blatantly self-serving ‘free riding’ argument and ban rate parity clauses by OTAs.

What have giant global corporations to fear from tiny B&Bs freely setting their own prices to their own customers?

Why do the online giants need to restrict small, family businesses and keep prices high for consumers? Let’s have free and fair competition.

More than 18 months on, the CMA should act and give the dominant, global OTAs the answer that Bond Street landlord would have received: ‘No’.

More: Enforcement action against OTAS ‘does not go far enough’