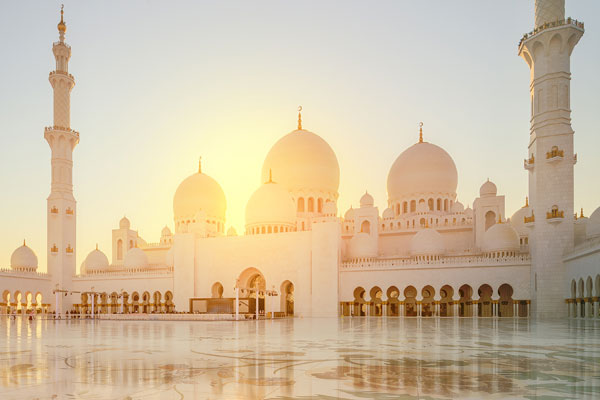 Tamara Hinson explores an emirate on the up.

Abu Dhabi is quickly shaping up to be the cultural heart of the Middle East, and a host of luxury hotel openings is helping seal its reputation as a fantastic sun-soaked destination with something for all types of traveller.

09.00: Start your day with a visit to the Sheikh Zayed Grand Mosque (pictured). The stats are mind-blowing – there are 82 domes, 96 marble pillars, a 17,400sq m courtyard and the largest mosaic in the world. Inside, you’ll also find the world’s largest hand-knotted carpet – a 5,400sq m rug that weighs 45 tons and took 1,200 people more than 18 months to make. There are strict dress codes – men need to wear trousers and long sleeves, while women must cover their arms, legs and hair. Entry is free to the mosque, which opens between 9am and 10pm, and you can opt for a solo exploration or join one of the guided tours.

“There are strict dress codes – men need to wear trousers and long sleeves, while women must cover their arms, legs and hair.”

11.00: Blow away those jet lag-induced cobwebs with a visit to Warner Bros. World Abu Dhabi. This indoor theme park, which opened last summer, is divided into six themed lands, including Bedrock (home to the Flintstones), Gotham City and Cartoon Junction, where you’ll find much-loved characters such as Tom and Jerry. The theming is fantastic, and there’s an army of character actors to pose with.
wbworldabudhabi.com 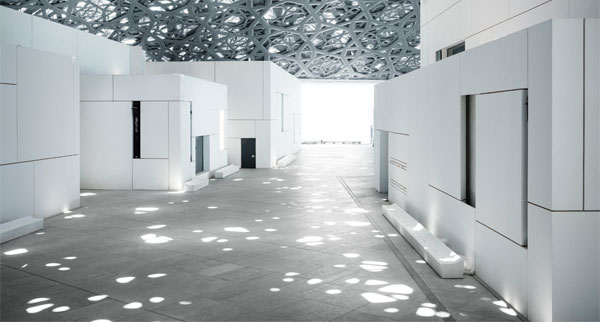 13.00: Help bust the image that the emirate is all about boozy brunches by heading to the Louvre Abu Dhabi, and having lunch in the cafe. You’ll never look at a museum cafe in the same way again, as there’s a spectacular range of starters, mains and desserts on offer, with everything from watermelon salad and pan-seared salmon to surprisingly tasty camel burgers.

14.00: Time for your culture fix. The Louvre Abu Dhabi’s exhibits are housed in a low-slung metal dome – a sharp contrast to the white, cubic buildings surrounding the main exhibition halls. Its 20 galleries are divided into 12 chapters of human civilisation, with an amazingly wide range of exhibits, from African tribal masks to Iraqi stone statues dating back to 2120 BCE. One of the most stunning exhibits is Ai WeiWei’s spectacular chandelier-like sculpture. The museum is part of a plan to turn Saadiyat Island into Abu Dhabi’s cultural heart; the island’s offshoot of New York University already has its own gallery and there are plans for a branch of the Guggenheim.
louvreabudhabi.ae 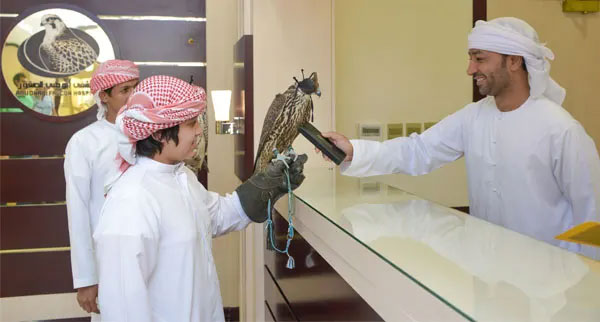 16.00: Visit the Abu Dhabi Falcon Hospital to learn how wealthy Emiratis care for their priceless feathered friends. Falcons, which have been used as hunting aids for thousands of years in this part of the world, are brought here by their owners for a wide range of procedures, whether it’s feather replacement (a snip at £20 a feather), heart surgery or talon sharpening. There are daily tours of the hospital, and the most fascinating area is the main operating room, where visitors can watch minor procedures being carried out.
falconhospital.com

20.00: Abu Dhabi might be a dry country, but its sprawling resorts have some fantastic bars. Head for a pre-dinner drink at the Nasma Beachfront Bar at Saadiyat Rotana Resort & Villas to sip cocktails while dipping your toes in the sand. Afterwards, enjoy some traditional cuisine at Sim Sim, where the menu features mouth-watering mezze selections and crusted lamb chops served with cucumber yoghurt. Don’t forget to check out the spectacular lobby before you leave, including the small glass-covered sections of flooring dotted throughout, which contain sand from each of the seven emirates.
rotana.com 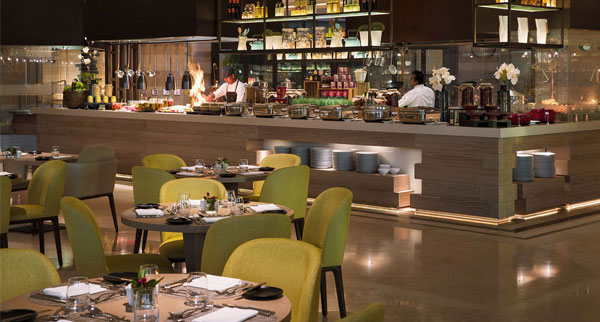 08.00: Head to the Al Ain Oasis, a Unesco World Heritage Site and agritourism project that allows visitors to learn about traditional practices unique to Abu Dhabi. It takes about two hours to get to the city of Al Ain, though it’s worth adding time for a quick stop at the camel market just outside Abu Dhabi. This is where locals come to trade camels, and with thousands of the creatures, it’s sandy, noisy and chaotic, but a great way to get under the skin of the destination. If you’re lucky, you’ll see a local hoisting his purchase into the back of his pick-up truck with the help of a crane – a rather surreal sight, to say the least.

“It takes about two hours to get to the city of Al Ain, though it’s worth adding time for a quick stop at the camel market just outside Abu Dhabi.”

10.00: The sprawling Al Ain Oasis site is home to a family-friendly eco centre and a landscaped area filled with 147,000 date palms. You’ll discover how a network of channels (known as falaj) once carried water to Abu Dhabi’s palm groves, and learn about the region’s different types of vegetation with visits to the site’s working farms. The Sheikh Zayed Palace Museum (otherwise known as Al Ain Palace Museum) and the Sheikh Sultan Fort are next door, so it’s easy to combine visits to all three sites. 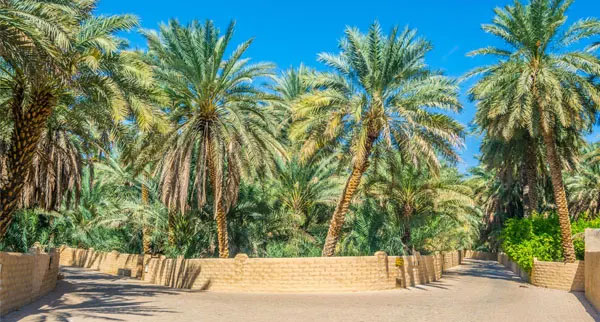 12.00: The enormous Al Ain Palace Museum is the former home of Sheikh Zayed. He’s regarded as the founding father of the UAE, and lived here until 1966. A visit to the museum is a fantastic way to learn about traditional architecture – roofs (da’aoon) are made from palm leaves and many of the rooms have their own tranquil courtyard. The property is also packed with fantastically ornate furniture typical of the fort’s heyday.

13.00: Enjoy a delicious lunch with a serious side order of kitsch at Polynesian-themed restaurant Trader Vic’s, at the Al Ain Rotana resort. Expect tiki head-shaped salt and pepper shakers, garishly flamboyant drinks and wooden canoes dangling from the ceiling. The restaurant’s famous for its huge Hawaiian spice-drizzled steaks, which you can wash down with a delicious (but potent) rum
cocktail.rotana.com 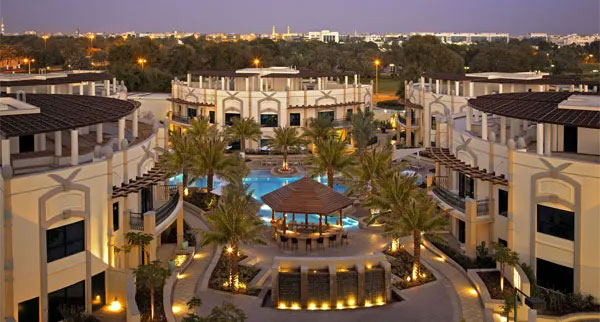 15.00: Back in Abu Dhabi, see how the locals live with a visit to the Heritage Village, where you’ll find a replica souk, mosque and traditional Arabic camp. You’ll also be able to try your hand at glass blowing, pottery and weaving. If your efforts fall flat, simply head to the gift shop to pick up souvenirs such as locally made soap and dried herbs.
torath.ae

“The piece de resistance is undoubtedly Formula Rossa, the high-speed rollercoaster that accelerates from 0 to 150 mph in 4.9 seconds.”

17.00: Early evening is the ideal time to visit Ferrari World Abu Dhabi, when it’s cooler and quieter. You’ll find Formula One simulators, racing car-themed soft-play areas and live game shows. But the piece de resistance is undoubtedly Formula Rossa, the high-speed rollercoaster that accelerates from 0 to 150 mph in 4.9 seconds. 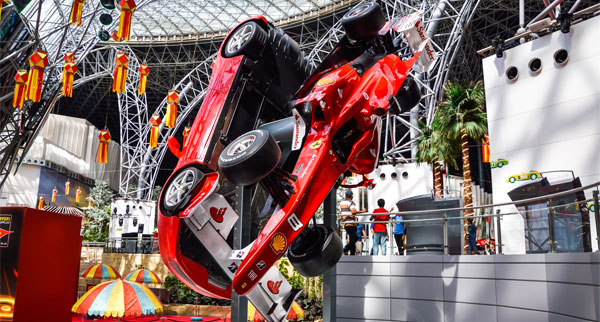 19.00: Head for dinner at the nearby Abu Dhabi Edition, which opened in November. The 198-room hotel is enormous, with a three-storey nightlife venue, a ballroom, boardroom, fitness centre and spa. There are three restaurants created by top chef Tom Aikens including Market at Edition, which offers cuisine inspired by traditional street food with a focus on all things natural – think raw juices and biodynamic wines. It’s worth noting that the Edition is just one of several new kids on the block, which also number a W Hotel (in what was previously the Yas Viceroy Abu Dhabi); the all-inclusive Rixos Saadiyat Island, which opened in October; and Abu Dhabi’s first Andaz hotel, the Andaz Capital Gate Abu Dhabi (previously the Hyatt Capital Gate), set to open this year.