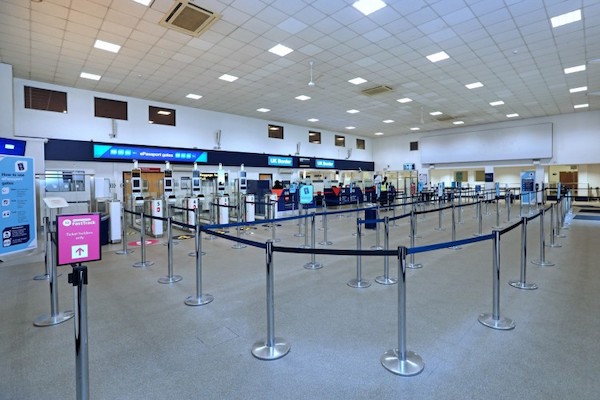 East Midlands airport has submitted plans to increase the size of its arrivals hall ahead of the busy summer season.

The bigger hall will have five more e-gates – automated self-service barriers operated by the UK’s Border Force – and there will be more room for arriving passengers waiting to have their passports checked.

Almost five million passengers use the airport each year, with two-thirds of them flying between April 1 and October 31.

Karen Smart, the airport’s managing director, said: “The demand for flights to and from the UK is forecast to grow and regional airports such as East Midlands are well-placed to absorb some of this capacity.

“With major infrastructure projects planned for this region such as HS2, which will provide the foundation for enhanced connectivity to and from this airport, EMA needs to be ready for increased demand.”

Passenger numbers last month were up 1.2% year-on-year, with almost 216,000 passengers using the airport.

Ski routes were popular, with Chambery and Bergamo growing strongly in January, said the airport, while numbers flying to Faro in Portugal rose by 7.6% year-on-year.