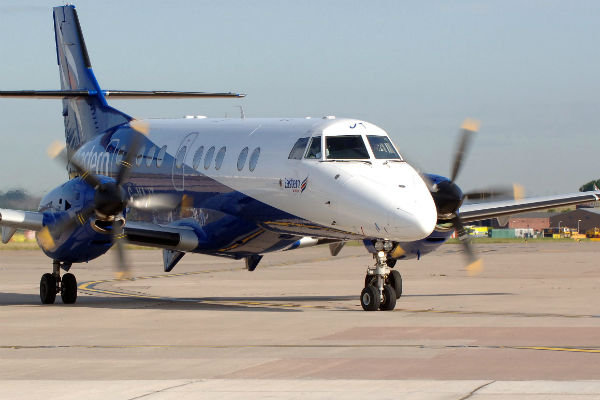 A subsidised air service contract has been awarded to Eastern Airways to maintain an air link between Cardiff and Anglesey for four years.

The scheduled air service will provide two flights each weekday in both directions between north and south Wales.

Eastern Airways has operated the route since March 2017, resulting in growth of around 40%.

Commercial and operations general manager Roger Hage said: “Since stepping in to cover this incredibly important economic link between the north and south of Wales, we have proactively grown passenger numbers as part of the Flybe branded service.

“We’re delighted to have been awarded the contract to help further grow the capacity on the service in fully supporting the transport minister, and both Cardiff airport and Anglesey Council’s ambition to increase accessibility and also improve connectivity to other services offered by our franchise partner Flybe, plus Qatar, KLM, Ryanair and Tui at Cardiff.”

Skates said: “Wales needs to be better connected. Eastern Airways shares our ambitions to significantly grow the route over the next four years, thereby increasing the economic benefit to Wales.

“I hope this will include Eastern Airways operating its Jetstream 41 at the full capacity of 29 seats, offering almost 50% more seats than it is currently able to offer.

“This increase would be subject to the UK Government supporting the re-classification of Anglesey airport.

“This would enable the full capacity utilisation of the larger aircraft helping bring exciting growth opportunities to the region.

“The need for an increase in capacity on the route has been clearly demonstrated over the last two years. With increased efficiencies and higher yield due to additional passenger revenue, this increase in capacity would see a reduction in the subsidy over the four years of the contract when compared to continuing with a 19-seat operation.

“The new contract will continue to make a positive contribution towards the Welsh economy by lessening the gap between local communities and the capital city, improving regional connectivity, increasing socio-economic opportunities and contributing to the delivery of ‘A Wales of cohesive communities’.

“The PSO route provides an important functional and symbolic link connecting north and south Wales. It facilitates access to internal markets for Welsh businesses. This quick and effective internal mode of transport will be vital post=Brexit.

“In addition to already supporting the Cardiff–Anglesey service, I continue to push the UK government to allow Wales to introduce a network of new PSO air services across the UK to support Wales’ domestic trade.”