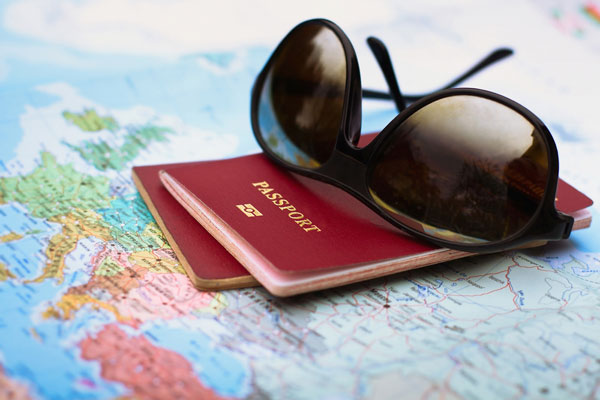 A further update on passport validity in the case of a no deal Brexit has been outlined by the Foreign and Commonwealth Office.

Rules for travel to most countries in Europe will change from March 29 if the UK leaves the EU with no deal, the FCO warned.

“If your adult passport was issued over 9 years ago, you may be affected,” according to the latest travel advice for European countries.

The FCO advised British travellers to check their passport validity before booking travel via a link to an online HM Passport Office tool.

“Adult and child passports should have at least 6 months’ validity remaining on your date of travel.” The FCO added.

“If you renewed your passport early, extra months would have been added to your new passport. Any extra months on an adult passport will not count towards the validity requirement, so some passport holders will need to have more than 6 months remaining in order to travel.”

In terms of visas, travel to the EU will remain the same as now until at least December 31, 2020 with a no deal Brexit.

“You will not need to apply for a visa to travel or work in the EU during this time,” the FCO confirmed.

The European Commission has proposed that in a no deal situation, if you’re a British citizen, you would not need a visa for short stays in the Schengen area or elsewhere in the EU.

“You would be able to stay for up to 90 days in any 180-day period. Visits to the Schengen areawithin the previous 180 days before your date of travel will count against the 90-day limit.

“If you’re intending to stay in the Schengen area for longer than 90 days, or your stay would take you over the 90 days in the 180-day limit, you may need to get a visa before you travel.

“Travel to EU countries currently outside the Schengen area – Romania, Croatia, Bulgaria, Cyprus – would not count towards the 90-day total.

“On arrival in the Schengen area, you may be asked to confirm that you have sufficient funds available for the duration of your stay.

“As non-EEA nationals, different border control checks will apply, and you may also be asked to show a return or onward ticket.

“UK nationals would not have an ongoing right to use the separate lanes provided for EU, EEA and Swiss nationals.”