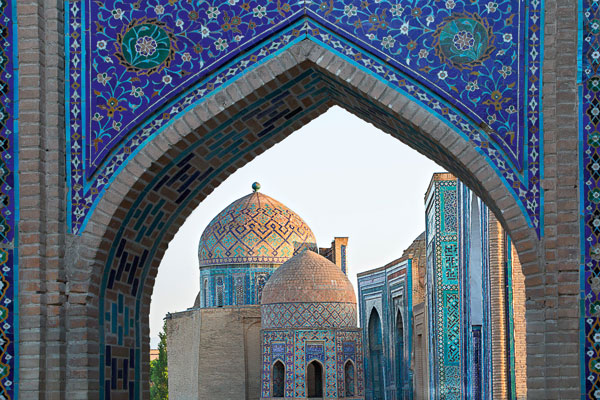 Set in the heart of the Silk Road in central Asia, Uzbekistan is full of surprises, finds Ellie Fazan.

Uzbekistan was once a thriving hub on the world’s most important trade route, the Silk Road, welcoming travellers from all over the known world. Yet last year, it received just shy of 9,000 British visitors.

That could be set to change. Its fascinating history and spectacular architecture earned it the accolade of top emerging destination at last month’s Wanderlust Reader Travel Awards.

With tourism still in its infancy, but poised to take off, Uzbekistan could be just the answer for those wanting to get off the beaten track.

Lost in a constellation of blue and gold tiles in the farthest reaches of Samarkand’s medieval Shah-i-Zinda mausoleum (pictured), my celestial musings are interrupted by a film crew from the local TV station. Tipped off that foreign tourists are here, they want to know what we think.

No wonder they’re keen to speak to us, given how vital tourism is to the country’s economy. Total visitor numbers are growing rapidly, more than doubling between 2017 and 2018 to 5.3 million. The government has ambitious plans to increase that even further, and earlier this month, introduced visa-free entry for citizens of 45 countries, including the UK.

Uzbekistan practically tingles with history, and a journey to the most central of the ’Stans is an incredible opportunity to be immersed in culture and traditions that have been slowly seeping west for 3,000 years. From the humblest ceramic pot to the grandest minaret, ancient arts are evident everywhere you look.

“A journey here is an incredible opportunity to be immersed in culture and traditions that have been slowly seeping west for 3,000 years.”

Yet this is also a country of contrasts. From the window of the high-speed train, I glimpse peasants picking cotton; some of the most spectacular religious architecture in the world sitting alongside Soviet-era apartment blocks; and traditional food – a hearty mix of grilled meats, tasty soups and plov (a rice dish made with spiced lamb and vegetables) – is served alongside Czech craft beer.

Likewise, the hotels range from the offbeat grandeur of the five-star Registan Plaza – inspiration surely for The Grand Budapest Hotel – to a cosy homestay where, for $50, you can sleep in a traditionally appointed room and learn ancient crafts.

Summers are very hot, and winters very cold, but year-round blue skies mean the best times to visit are between March and June, and September and November. 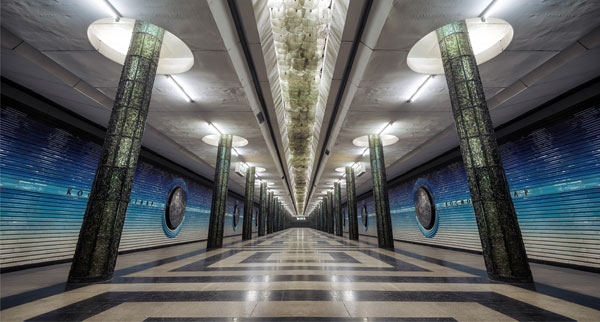 Tashkent is Uzbekistan’s capital city, at first glance clean and modern, and made up of glass and concrete skyscrapers. Reflecting its desire for a lighter, brighter future, water fountains dance in Independence Square, which earned its name in 1992 after Russia released its grip on the country.

But on second glance, you can’t help but notice Tashkent’s past life as a Soviet stronghold. It’s evident everywhere, from the 375-metre TV tower to the dazzling metro stations beneath the city. The mosaics at Paxtakor station reflect the country’s main industry: cotton. But Kosmonavtlar station is my favourite. The walls fade from blue to black in imitation of the earth’s atmosphere, punctuated by dreamlike portraits of cosmonauts including Valentina Tereshkova, the first woman in space.

And then there’s the part of the city that hasn’t been modernised. An afternoon spent weaving through the stalls and laneways of the vast Chorsu Bazaar is an eye-popping experience. Try ‘non’ – Uzbekistan’s signature crisp-yet-fluffy flatbread – straight from the oven, while watching richly dressed women peddling piles of pomegranates and butch boys selling glistening nuts and dried fruits. It’s an authentic glimpse into a life that’s been lived the same way for centuries. 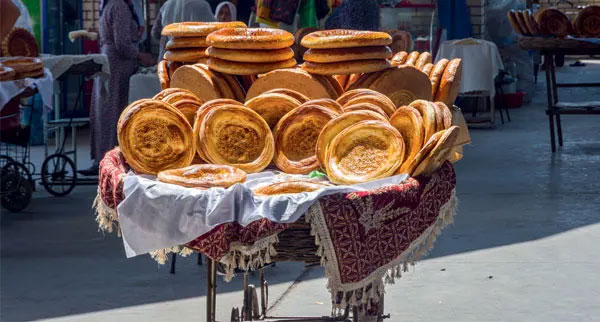 On the Silk Road trail

The city has its fair share of ancient monuments, and is also home to the world’s oldest Koran, but to really get to grips with the pre-Soviet history of Uzbekistan, head to the 1,000-year-old Unesco-listed city of Bukhara. When the Mongols came raiding in the 10th century, it was one of the wealthiest and most important cities in the Islamic world, rivalling Cairo, Córdoba and Baghdad.

They razed the city, sparing little bar the Kalyan Minaret, saved by Ghengis Khan as a reminder that he must bow to God. In reality, at 47 metres high, it was an important landmark on the Silk Road. Part of the Poi Kalan mosque complex, it’s a serene place to spend a morning chatting with the locals, before heading to the maze-like old town. Wandering around the tiny alleys, you’ll see silversmiths at work and colourful ikat being hand woven from silk threads, drink tea with carpet salesmen and marvel at the hat bazaar.

“To really get to grips with the pre-Soviet history of Uzbekistan, head to the 1,000-year-old Unesco-listed city of Bukhara.”

And then there’s the tiny – and utterly ancient – Magok-i-Attari Mosque. Situated on the remains of a Zoroastrian temple built by the original Persian settlers, the mosque is decorated with ancient symbols, including twin inverted triangles that symbolise good thoughts, good words and good deeds. Descend the stairs into what was once a fire pit, and you’ll find a fascinating carpet museum inside.

Legend has it that when Alexander the Great arrived at our next stop, Samarkand, in 329 BC, he proclaimed: “Everything that I have heard is true, apart from the city is more beautiful than I could have imagined.” He even went on to marry the daughter of a local chief.

Registan is Samarkand’s most famous square, and surely one of the greatest sights, not just in central Asia, but the entire world. On three sides, incredible tiled madrasas date back to the 15th century, while arched colonnades stretch out on either side, and minarets and domes grace each corner. 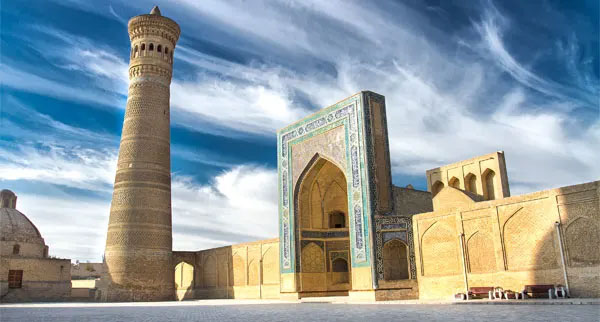 To take it all in, stand as far back as possible. But to fully appreciate the rich blue and gold mosaics that cover every surface, you’ll need to get up close and crane your neck. Inside, the intricate gold leaf and bronze tiles reflect off each other to dazzling effect.

Nearby is the Shah-i-Zinda necropolis, a network of elaborate mausoleums linked by cobbled lanes.

On the way home, we meet an older couple at the airport, who’d visited Uzbekistan after reading about it in Lonely Planet. “It was absolutely fantastic,” they say, grinning from ear to ear.

Set at an extraordinary crossroads in central Asia, with Europe and Iran to the west, China to the east, Russia to the north, and Afghanistan and the Indian subcontinent to the south, people and produce have been flowing through it for millennia – and now they are beginning to flow back.