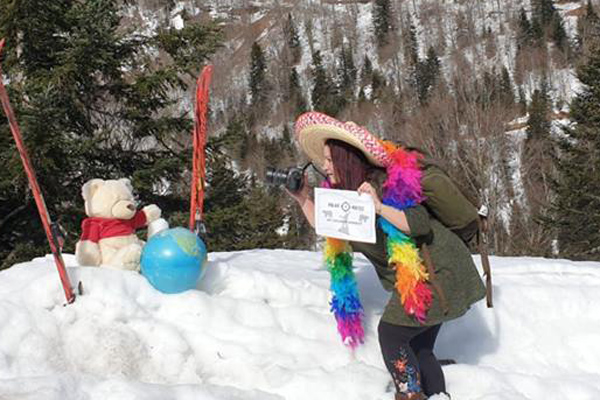 She was the victorious agent in Polar Routes’ #MyExplorerMoment campaign which challenged agents to post the best picture with a Polar Routes explorer flag.

She was chosen from more than 60 entries into the competition, which was run exclusively through Travel Weekly.

Hodgson said: “I have absolutely bagged the top prize – I have never been on a cruise before, let alone a Hurtigruten sailing.

“When I found out I’d won I was a blubbering wreck.”

The number of agents in the Facebook group rose from 46 to more than 960 over the course of the promotion. It had aimed for 300 sign ups.

Johnson said the flags reached the US, Canada, Scandinavia and Spain, with agents pictured at the tops of mountains, in city centres and even the flight deck of a plane.