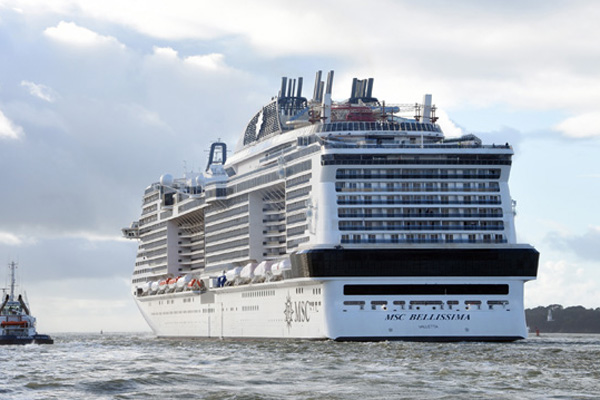 MSC Bellissima will “probably” return to the UK in 2021 after sailing ex-China itineraries.

MSC Cruises’ new flagship is currently sailing to Southampton where it will officially be named at a star-studded ceremony on Saturday.

The 4,500-passenger ship will spend its first summer in the western Mediterranean before repositioning to the United Arab Emirates in November.

From spring next year, Bellissima will redeploy to China where it will mostly be based in Shanghai.

Asked if the UK would next welcome MSC Bellissima after it sails in China, Antonio Paradiso, MSC Cruises’ managing director for UK & Ireland, said: “Probably, yes.”

Paradiso and the line’s chief executive Gianni Onorato are finalising deployment for 2021 and expect to reveal the details in the “next four to six weeks”.

Paradiso said MSC Cruises decided to move the ships round each season to enable each vessel to serve different nationalities and markets.

“If I kept Bellissima in the western Med for three consecutive years I would not be giving choice to my customers,” he said. “We want to give variety and offer a bit more choice.”

Paradiso added that Bellissima was the “best thing” to happen to MSC Cruises in the last three years.