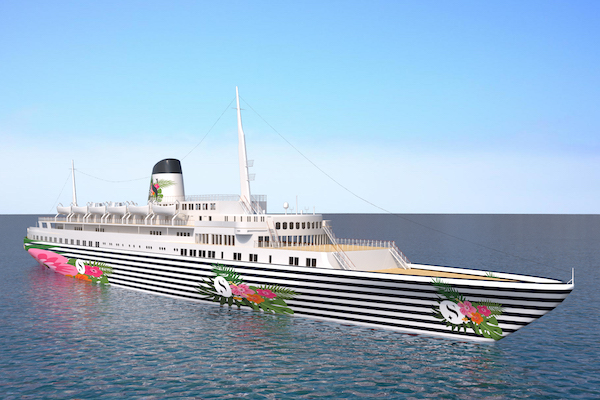 Signature Living has started selling week-long stays on the ship, called Funchal, which used to be a yacht belonging to the Portuguese president.

Most sales are expected to be direct but a spokesman for Signature Living said the company can talk to agents and operators about trade sales.

The ship is undergoing a multimillion-pound refit in Portugal and will open to the public on August 7 in Ibiza.

Bookings are available for August to October, and the ship is aimed younger holidaymakers who “frequent Blue Marlin and Nikki Beach”.

A wide range of rooms can cater for anything from one to 16 people in a party.

Every day the cruise ship will set sail out to sea where the daily events and entertainment will take place.

Packages for a week onboard start at £665 for a single room with breakfast.

Lawrence Kenwright, Signature Living Group chairman, said: “Our latest acquisition is without any doubt our most flamboyant. Not only will you be able to enjoy this amazing floating beach club experience with your friends, but you will also share it with some of the world’s most influential celebrities and personalities, including an array of some of the world’s best DJs and all set out at sea.”

Signature Living has a portfolio of five hotels in Liverpool including the Shankly Hotel, Signature Living Hotel, Arthouse and the 30 James Street – home of the Titanic – and the Exchange Hotel in Cardiff.

Nine hotels are in development which include Loyolla Hall in St Helens; the football themed Dixie Dean in Liverpool; the second Shankly Hotel in Preston; and the soon to be opened George Best hotel in Belfast.

The spokesman said the hotels mostly sell direct, but as with Funchal, the company is open to talk to the trade about sales.