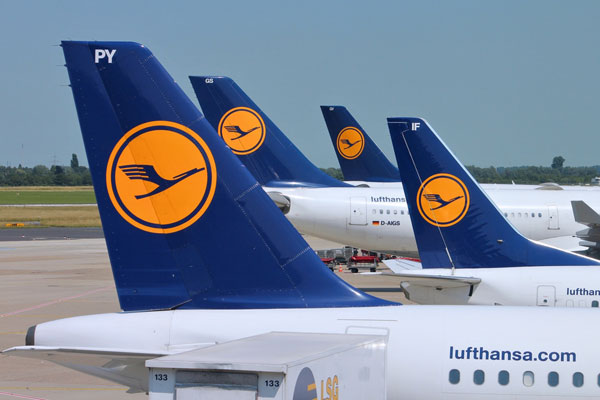 Low-cost subsidiary Eurowings suffered from €170 million in one-off costs related to the integration of parts of collapsed Air Berlin.

Higher revenues on long-haul routes over the North Atlantic and to and from Asia “more than made up” for lower short-haul revenues, especially in the second half of the year, the company said.

However, the group is further reducing capacity growth across its airlines for the summer to 1.9%.

Reviewing the 2018 performance, CEO Carsten Spohr said: “We generated the second-best result in the history of our company.

“For our customers, we want to be the best airline group in Europe. At the same time, we are fully aware of maintaining sustainable business activities.

“This is why we continue to invest in advanced, low-noise and fuel-efficient aircraft.

“The 40 state-of-the-art long-haul planes that we ordered yesterday will replace the significantly less efficient four-engined aircraft in our fleet.

“As a result, we will have totally modernised our entire long-haul fleet by the mid-2020s.”

The fuel savings from this alone will amount to 500,000 tonnes a year, equalling 1.5 million tonnes of less carbon dioxide emissions, according to Lufthansa.

Lufthansa limits lowest fare distribution to NDC and direct only