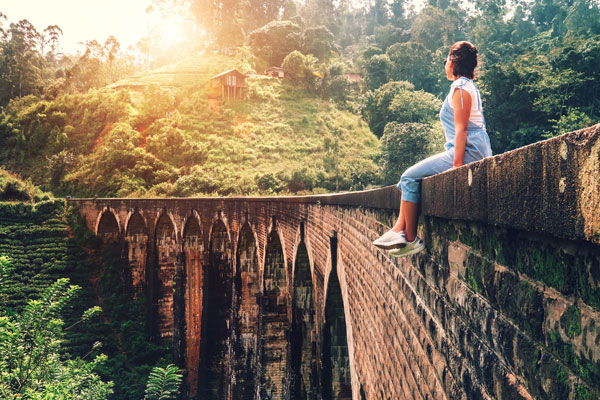 The brothers behind fashion brand Gandys have inspired Kuoni to design a Sri Lanka trip with a difference. Sarah Gilbert reports.

I wouldn’t normally get excited about a bridge, but Ella’s iconic Nine Arch Bridge – dubbed the Bridge in the Sky – is a masterpiece, soaring above dense jungle in Sri Lanka’s scenic hill country.

I’d scrambled down a slope to reach the curved railway track. As I waited, camera at the ready, for the bright blue train to appear, I spotted brothers Rob and Paul Forkan – the founders of fashion brand Gandys – standing barefoot in the middle of the rails.

“We escaped the tsunami by following the train tracks,” Rob explains. “And afterwards, we had no shoes.”

In the middle of a laughter-filled tour, this was a stark reminder of the Forkans’ story. In 2001, their family set off on an adventure around Asia, swapping Croydon for Goa. Rob, then 17, and his brother Paul, who was 15, were in Sri Lanka with their parents and two younger siblings when the Boxing Day tsunami hit the island in 2004. They lost their parents, but with courage, ingenuity and help from the locals, they made it back to the UK.

Through passion and persistence, the brothers turned tragedy into something positive, setting up unique fashion and lifestyle label Gandys from their bedroom, motivated by their unconventional childhood and a love of adventure.

“We learnt maths negotiating at the market, made art from objects found on the beach, and the temples and museums were our history lesson,” Rob explains.

Their plan was to sell enough flip‑flops to help fellow orphans, and today they donate 10% of their profits to the Gandys Foundation, which supports their Orphans for Orphans Kids Campus in Sri Lanka, with more such venues set to follow.

Last year, the brothers teamed up with Kuoni – the first partnership of its kind for the operator – to create a tailor-made tour of Sri Lanka inspired by Rob and Paul’s favourite spots in the country, accompanied by a driver-guide. 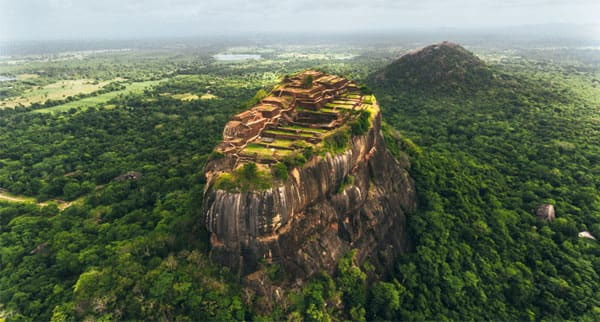 As my driver swerved around tuk‑tuks, dogs and potholes, the view from the window was a kaleidoscope of local life. We passed families on rickety bicycles, ladies in vibrant saris and a crocodile of giggling schoolchildren, as well as ornate Hindu temples, green-domed mosques and outsized Buddhas.

My first stop was Sigiriya and my first glimpse of its namesake rock fortress was from the Water Garden Sigiriya, a boutique hotel set around landscaped, lily-filled water gardens, complete with a tree frog chorus to serenade you at night.

Up close, the ancient citadel seems to rise like a sculpture out of a vast dusty plain. I climbed its 1,200 steps for a glimpse of ancient frescoes and breathtaking countryside views.

“We passed families on rickety bicycles, ladies in vibrant saris and a crocodile of giggling schoolchildren.”

Our next stop was Kandy in the heart of the Cultural Triangle. The last capital of the Sinhalese kingdom, it is home to a vast complex of red-roofed temples built four centuries ago to house a single tooth – Buddha’s left canine, to be precise – one of Buddhism’s holiest relics.

At the evening puja, a time of worship, the door to the tooth – heavily guarded by orange-robed monks – was opened and I was swept forward in a throng of diminutive white‑clad devotees to view the golden casket. And every night in Kandy they celebrate their royal heritage with dazzling displays by dance troupes clad in traditional dress, twirling and stomping in jangling silver breastplates, accompanied by fire-eating acrobats and drummers swinging white-tasselled turbans. 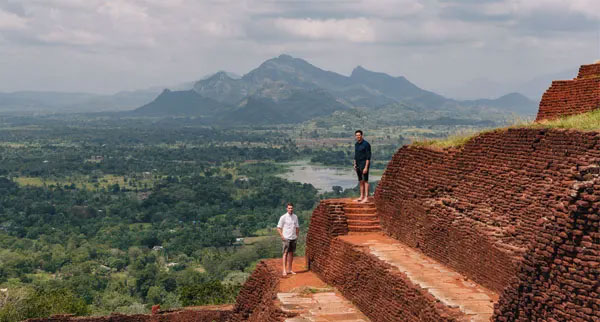 Taking the slow train from Kandy’s art deco-style station was the perfect way to reach tea country. I hung out of the window to savour the cooler, fresher air as it wound slowly upwards, passed elephant-ear palms, supersized ferns and ramshackle stilt houses, stopping off at immaculate stations that looked like they’d been plucked straight from the British countryside circa 1930.

Nuwara Eliya was dubbed ‘Little England’ for the cool, damp climate that made it a favourite summer retreat for the British escaping the oppressive heat of Colombo and the coast, complete with Tudor‑style post office, colonial‑era bungalows and one of Asia’s oldest golf courses.

It was there I learnt about the age-old art of tea-making on a tour of a working factory. From plucking and withering the leaves to drying them using age-old machinery, I saw the humble cuppa in a new light – and my bed for the night was in a former factory, the one-of-a-kind Heritance Tea Factory, which is part hotel, part museum.

Then it was on to Paul’s favourite spot, laid-back Ella. Another former hill station, Ella boasts stunning hiking trails, historic temples and a burgeoning bar scene. The view from 98 Acres Resort & Spa had barely changed in the 150 years since Scotsman James Taylor founded the island’s first tea estate. Undulating rows of emerald-green tea bushes stretched to the horizon, laced with copper-coloured trails and backed by mountains soaring skyward through wisps of clouds. 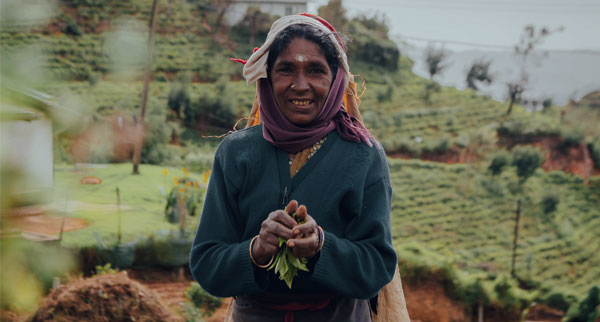 At Minneriya, I saw 300 or so elephants from different herds come together in search of water, ears flapping and trunks waving as they greeted each other. Among them, adolescents brawled and calves sheltered under their mothers’ bellies.

But a safari at Yala, Sri Lanka’s flagship national park, offered the chance to try to spot the elusive leopard. The Jeep’s radio crackled and we tore off in a dramatic swirl of red dust, finally spotting a male lounging on a rock until, bored of the paparazzi, he got up, stretched and loped out of sight with a swish of his tail.

“I saw 300 or so elephants from different herds come together in search of water, ears flapping and trunks waving as they greeted each other.”

A rare sighting of a shaggy sloth bear thrilled our guide, along with every other ranger in the park. But this reclusive creature seemed unbothered by the traffic jam he’d generated, as he sat in the middle of the road, digging with his long, curved claws and grunting happily.

Wildlife spotting was equally good at Cinnamon Wild Yala in the park’s buffer zone, where gray langurs do handstands around the pool, and a stroll back to your wooden villa-on-stilts could mean an encounter with a foraging family of wild boar or a wayward elephant searching for the tastiest fruit. 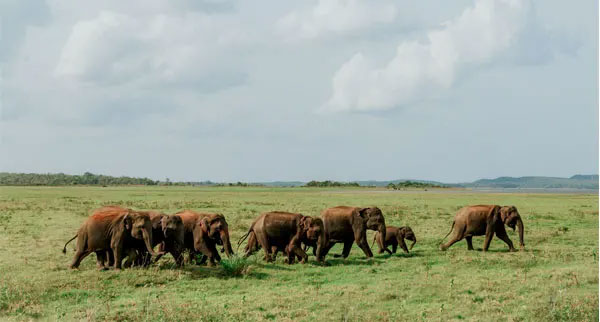 My last stop was the Jetwing Lighthouse on a stunning south‑coast beach, a short tuk‑tuk ride from atmospheric Galle. The city was founded by the Portuguese in 1588, with hulking granite fortifications built by the Dutch a century later.

Today, the fort’s cobbled streets are ideal for idle wandering, to stumble across an architectural gem or a dusty museum filled with long-forgotten treasures.

“A stroll back to your wooden villa-on-stilts could mean an encounter with a foraging family of wild boar.”

Galle has always been a trading city, and now there are an increasing number of boutiques where you can shop for everything from one-off pieces of jewellery and precious stones to handcrafted masks – the perfect spot for a Gandys store.

As the torpid heat of the day began to fade and the setting sun streaked the ocean pink and gold, I sat on the stone ramparts, people-watching with a coconut ice cream in hand.

A couple of curious locals stopped to ask where I was from, then with beaming smiles and a gentle nod of the head, wished me “ayubowan” – may you have a long life.