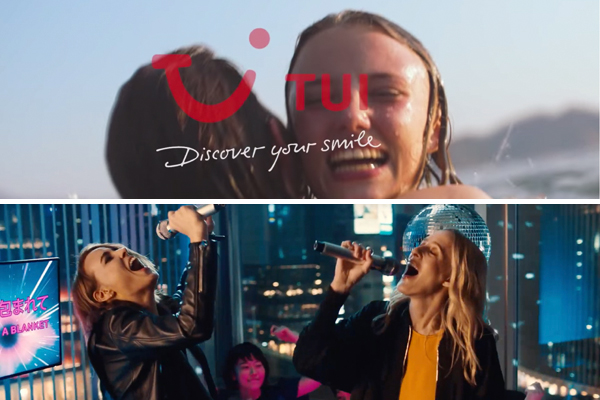 Some campaigns worked better than others this year, according to a survey of industry professionals by PR and marketing agency Sound. Amie Keeley reports

Tui, British Airways, Kayak and Trivago ran the most-visible and appealing turn-of-year advertising and marketing campaigns, according to new research.

BA ran the “most-appealing” campaign with 62% of the vote. Tui was second with 60% and Center Parcs third with 47%.

The firms spent between £1 million and £8 million each on paid-for advertising and marketing. Collectively, the 10 firms spent a total of £31 million.

All of the top-spending firms advertised on TV, with market leader Tui spending the most. 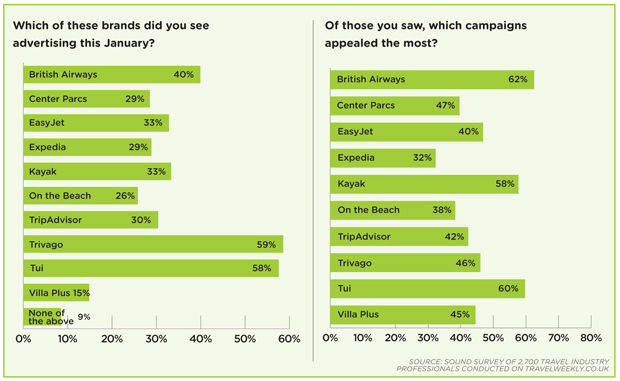 Sound said it showed “TV was not dead” despite consumers’ changes in viewing habits.

TV consumption is down by 5% over the past 20 years, with people today watching on a variety of devices and streaming services.

However, the survey found a “lack of memorability” overall about the advertising campaigns, with a majority of respondents saying “nothing” stood out when asked what they remembered most about their favourite campaign.

In addition to the survey, Sound carried out its own analysis of a number of campaigns.

It praised Tui and Jet2holidays’ campaigns, both of which it said had an “emotional hook”.

Tui’s TV ad features a mother and daughter gradually bonding on holiday, while Jet2holidays’ follows a child exploring a resort to the tune of Jess Glynne’s Hold My Hand.

But overall, Sound concluded many of the campaigns were “too similar” and there was a lack of “joined-up approaches” between different media.

It put this down to commercial pressures and marketers being forced to “deliver more for less”.

Sound founding partner Jo Briody said: “Booking patterns are constantly changing and highly dynamic. Consumer confidence in travel is impacted by many factors outside of our control, so the industry is fast, low-margin and very dynamic. This means marketers are often at the beck and call of commercial pressures of trading, at the expense of building their brands.”

Briody said brands with limited budgets should look to capitalise on usergenerated content to deliver “authentic” marketing and ensure messaging is consistent across all channels.

Center Parcs praised for theme running through all channels

Direct-sell brand Center Parcs was considered to have the best marketing campaign overall by Sound.

Its campaign was ranked the sixth most visible and the third most appealing in the survey of 10 brands.

The park operator ran a ‘This Is Family’ campaign with three ads told from the perspectives of a mum, dad and elder sister.

Sound said: “It has a target audience and the theme runs right through all channels, with different creative around the idea of making time for family. It had nice imagery shot to appeal to its demographic.”

Center Parcs sales and marketing director Colin Whaley said: “There is no question that integrated campaigns are more effective than disparate ones. And with the data science we are now applying, we can see the relationships between channels and the cumulative build of impact.”