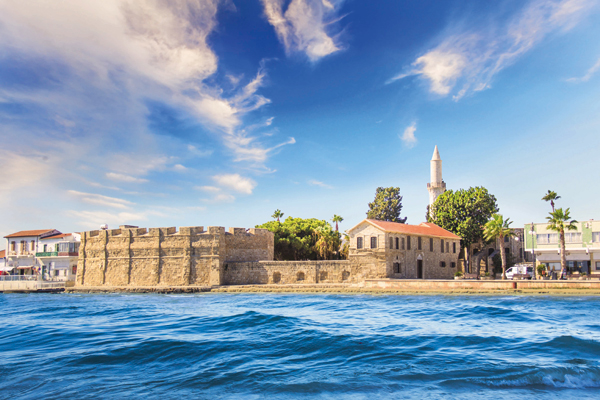 This little island has plenty to keep your clients returning time after time, writes Laura French

Cyprus might be small, but what it lacks in size it makes up for in just about everything else – culture-filled cities, postcard-worthy beaches, quaint cobblestone villages, centuries-old sites – which means one visit is never quite enough.

There’s always something more to see here, and whether it’s a Neolithic settlement or buzzing nightlife scene that gets your clients hooked, you’ll find something to tempt them back to the island they know and love.
Here’s our guide to the best alternative spots.

They’ve been to: Paphos
Now try: Larnaca
Sell it: With its sprinkling of sandy beaches, harbourside restaurants and historical sites – from ancient necropolis the Tombs of the Kings to the Kato Paphos Archaeological Park –Paphos has plenty going for it.

But for those who’ve already been there and done that, suggest Larnaca as an alternative. Set on the southeast coast, the third-biggest city on the island boasts a history dating back 6,000 years and a string of sites to prove it – Byzantine churches, a Bronze Age archaeological site and a medieval, 12th-century castle, to name but a few.

“Set on the southeast coast, the third-biggest city on the island boasts a history dating back 6,000 years.”

It also lays claim to a vibrant nightlife scene and several decent beaches, including Finikoudes, set beside an elegant, palm-lined promenade, and Mackenzie, where trendy beach bars lure a well-heeled crowd.

Outside the city there’s plenty to see. “Larnaca’s Salt Lake is an impressive spectacle,” says Elena Ahmadian, marketing executive at Cyplon Holidays. “Elegant pink flamingos gather here between November and March, and if you’re there in summer, a walk across the dried-up lake is a must, especially at sunset.”

Book it: Jet2holidays offers a week at the four-star Radisson Blu Hotel Larnaca from £859 per person, based on two sharing with return transfers and flights from Stansted on May 30.
jet2holidays.com 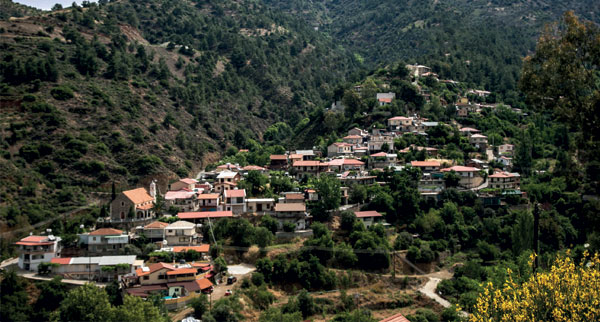 They’ve been to: Lefkara
Now try: Kalopanayiotis
Sell it: Visiting Cyprus without exploring a few of its oh-so-charming villages is close to sacrilege, and among the best-known is Lefkara, set at the foot of the Troodos Mountains and famous for its centuries-old lace and silverware heritage.

It’s far from being the only place to glimpse the country at its most traditional. The Troodos Mountains are a hotspot for tiny villages, including Kalopanayiotis, full of cobbled streets where ornate churches and historic attractions such as the Lampadistis Monastery overlook mountain scenery.

“The hideaway uses water from the sulphur springs for its healing spa, while offering local experiences such as halloumi-making.”

There are various other draws nearby, including the Kykkos Monastery and a string of cycling trails, but the crowning glory here is Casale Panayiotis, a rustic retreat hidden away in the hills and featuring 35 rooms and suites that started life as village homes.

They were converted to help revive the then-neglected settlement, and it did the job – now the hideaway uses water from the sulphur springs for its healing spa, while offering local experiences such as halloumi-making. It’s also an ideal base for exploring the other mountain villages that dot the area, from Omodos, known for its arts and crafts, to Alona, home to ancient Cypriot drink Zivania.

Book it: Sunvil offers a seven-night stay at Casale Panayiotis hotel in Kalopanayiotis from £870, including B&B accommodation, return flights from Gatwick and car hire.
sunvil.co.uk 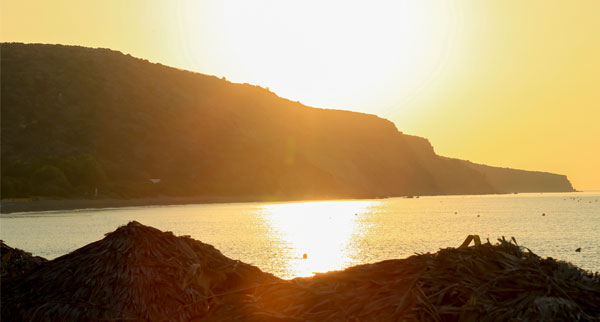 They’ve been to: Protaras
Now try: Pissouri Bay
Sell it: If it’s beach resorts clients are into, Cyprus isn’t short on options. Protaras is a safe bet for first-timers looking for a tranquil vibe, with a string of family-friendly resorts wrapping around a gold-sand coastline – but for second-timers wanting a quieter alternative, look to Pissouri Bay.

Located halfway between Limassol and Paphos, it boasts a peaceful stretch of part-sand, part-pebble beach and offers water sports and other activities.

“Protaras is a safe bet for first-timers looking for a tranquil vibe, with a string of family-friendly resorts.”

Pissouri village is also close by, offering Cypriot traditions and quaint little cafes where locals sit alfresco beside pretty-as-a-picture flowerbeds.
“In summer, the village square comes alive, with traditional tavernas hosting entertainment in the evenings,” says Cyplon’s Elena Ahmadian. “Visitors can get a taste of the homemade culinary delights of the locals and bask in music, dance and heritage.”

Book it: Suggest Columbia Beach Resort for a five-star, luxury stay right by the beach. “It’s one of my favourite hotels in our entire 950-hotel programme,” says Andrew Farr of Classic Collection Holidays. A week’s B&B with the operator starts from £1,474, in a junior suite with flights and private transfers.
classic-collection.co.uk 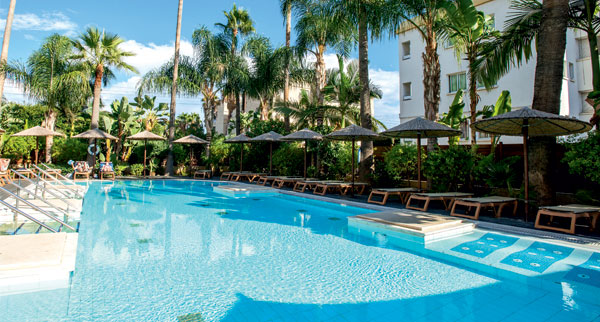 They’ve been to: Nicosia
Now try: Limassol
Sell it: The capital, Nicosia, is a hotspot for nightlife as much as it is historical sights, with key spots such as the Cyprus Museum, Venetian fortifications and Büyük Han – a 16th-century merchant quarter turned artisanal shopping arcade – bringing city lovers flocking.

Just as wealthy in attractions is Limassol, where Roman ruins, a Folk Art Museum and Ottoman-built castle give the capital a run for its money, according to Mark Hall, Tui director of product and customer experience.

“The area has a similar feel to the capital with plenty to explore in the way of culture and history, but it’s slightly less well known,” he says.

“Intricate mosaics, statues and other archaeological finds hark back to its beginnings as one of the island’s most important city-kingdoms.”

Nearby there’s a handful of attractions that add appeal for families – including a huge water park, Limassol Zoo and dungeon-filled Kolossi Castle – and the historic Kourion Archaeological Site is a short drive away too. Here, intricate mosaics, statues and other archaeological finds hark back to its beginnings as one of the island’s most important city-kingdoms.

Book it: Tui offers a week all-inclusive at the four-star Atlantica Oasis Hotel from £396, with flights from Gatwick on March 29 and transfers.
tui.co.uk 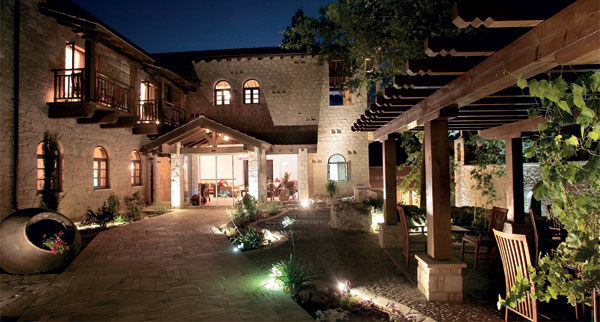 They’ve been to: A beachside spa hotel
Now try: Ayii Anargyri Natural Healing Spa Resort
Sell it: If clients have dipped their toes into the spa world with a beachside resort and now want to up the game a little further with a more full-on retreat, suggest Ayii Anargyri.

Set in the tiny village of Miliou – home to fewer than 100 inhabitants – this luxury spot is Olympic Holidays’ top recommendation thanks to its health-giving, natural-spring waters and intriguing history – it once housed a church and monastery built in 1649 and was used by two travelling doctors to heal ailments. It now offers gourmet dining experiences alongside intensive spa treatments in a rural, serene setting that’s as conducive to switching off as you can get.

Book it: Olympic Holidays offers a week’s half-board at the four-star Ayii Anargyri, Miliou, from £579, including flights from Gatwick on April 26.
olympicholidays.com 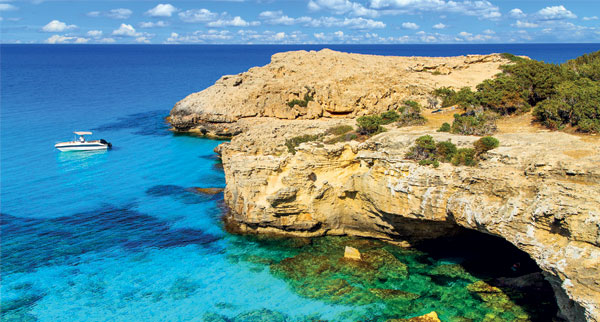 But visitors who’ve already conquered these mountain landscapes might be after something different, and for that there’s the Akamas Peninsula. Set on the west coast, it has a whole host of wildlife alongside three scenic trails: Aphrodite, Adonis and Smigies. All three meander along rocky coastline and verdant forest with fragrant flowers and historical monastery ruins along the way, offering near-perfect views over the expanse of pure, solid blue stretching out below.

“Hiking trails criss-cross the Troodos Mountains, with highlights including the Madari Circular Walk.”

Several operators offer tours around the region. For a gentle, leisurely itinerary, suggest Adagio’s Cyprus Delight trip, which combines the trails with the Troodos Mountains, adding in Commandaria wine-tasting, halloumi-sampling, a boat trip and plenty more for those wanting to dig deep in this heritage-rich country.

Book it: Adagio’s seven-night tour costs from £1,575, including flights and accommodation at the Annabelle with all breakfasts, dinners and some lunches.
adagio.co.uk