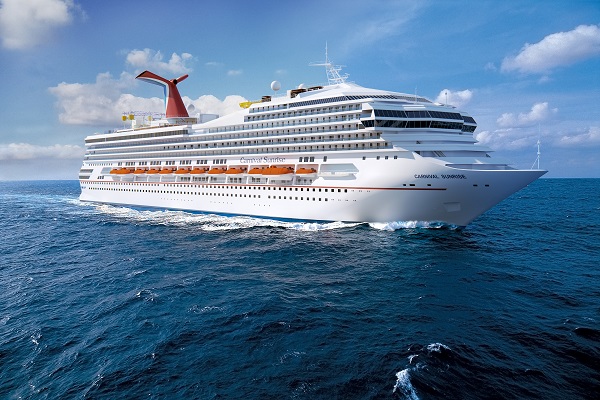 She will step into the role previously held by her mother Madeleine when the ship first entered service as Carnival Triumph in 1999.

The ceremony is to take place at the Manhattan Cruise Passenger Terminal in New York on May 23.

The naming will serve as a platform to heighten awareness of the work of the Ehlers-Danlos Society, an organisation dedicated to serving those with joint hypermobility spectrum disorders.

Carnival Sunrise’s inaugural season includes four- to 14-day voyages from Norfolk, Virginia, and New York to Bermuda, Canada and the Caribbean until September.

The ship will then reposition to Fort Lauderdale for a winter season of Caribbean and Bahamas voyages before returning to New York in spring 2020.

The line’s president Christine Duffy said: “Carnival Cruise Line is proud and delighted that Kelly will serve in this role as she officially names Carnival Sunrise.

“And given the family ties to this ship in particular, we are planning to include some special guests that mean a lot to the Arison family and have played an important part in the history of Carnival Cruise Line.”

Kelly Arison said: “It is truly an honour to carry on my family’s cherished tradition and join the esteemed women who have so admirably carried out their role as a Carnival godmother over the years,.

“This ceremony will not only serve as an exciting and memorable way to officially introduce the spectacular Carnival Sunrise to the Carnival fleet but also raise awareness of an organisation very near and dear to my heart, the Ehlers-Danlos Society.”

More: Carnival Triumph to be renamed after $200m makeover