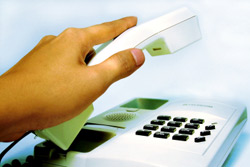 Gold Medal has promised to resolve system issues that have seen agents waiting on the phone for more than an hour to make a booking.

Since Christmas, agents have complained about long waiting times and problems making bookings with both its website and call centre.

Kim Kettley, travel consultant from Kinver Travel, Stourbridge, West Midlands said: “I couldn’t book a flight online, so I called on Saturday and held on for an hour.”

Classic Travel owner Yvonne Holmes from Loughton, Essex said: “It takes ages for Gold Medal to answer the phone and then when you get through it is a long process.”

Gold Medal installed a new computer system in November that has been struggling to cope with high call volumes during the peaks period. The Preston call centre has also suffered staff absences because of the snow. About 17 of the 120 staff have been unable to get into work.

A Gold Medal spokesman said plans were underway to recruit more staff for the call centre and a dedicated email address has been set up for agents seeking confirmations.

He said: “We have seen higher call volumes than ever before. We have every faith in the new system and will continue to implement new measures to relieve the pressure on agents. We don’t normally recruit during the peaks period but we have thrown out the rule book in this case.

“We are doing everything we can to rectify it.”

Frustrated by call wait times? Tell us on travelhub